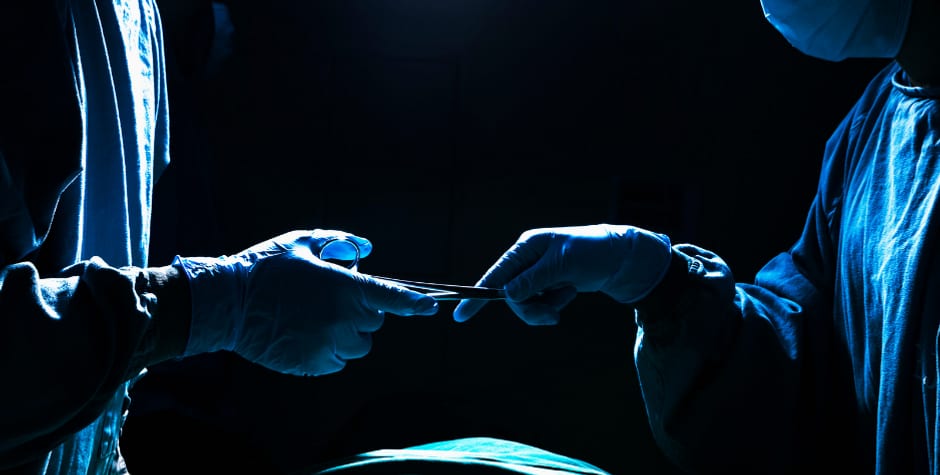 In a judgment handed down on November 22, 2022, the European Court of Human Rights condemned the Republic of Moldova for inhuman and degrading treatment of women with disabilities in a psychiatric institution. The seriousness of the facts in question left little doubt that the Moldovan State would be convicted and showed a systemic problem of violations of the rights of persons with disabilities. The ECLJ intervened in this case and was partially followed in its written observations by the Court.

Seven years after three Moldovan women filed their applications, the Court finally ruled in their favor. The summary of the facts published by the ECHR before the judgment was quite succinct but already revealed some awful practices. The judgment rendered confirms even more seriously the horror of practices that we had hoped were over.

It concerns three women suffering from medium to strong mental handicap, placed in a psychiatric institute and having been raped by the head doctor of the service. As a result of these rapes, they became pregnant, and their unborn children were forcibly aborted. The first refused to take abortion pills for several days. A surgical abortion was performed on her at about 18 weeks of pregnancy, after a board of doctors had decided for her. One was presumably rendered infertile as a result of the D&C abortion and all were placed on forced contraception without explanation. Following these terrible events and given their material and intellectual situation, it was very difficult for them to appeal. Only the third one succeeded in initiating a procedure, but she was transferred to another health care center, obviously to hush up the case. The reason why these women were finally heard was that the head doctor of the department had raped so many patients - at least 16 - that a general investigation was initiated and these women were able to be heard several years later.

The first revelation of this court ruling is that the Moldovan legal framework did allow for forced abortion of people with disabilities. A directive of August 3, 1994 lists mental disability as a medical contraindication to pregnancy on the same level as tuberculosis, cancer or severe diabetes, and allows a medical committee to make a decision to perform an abortion on a woman without mentioning her consent (§ 42).

In reviewing the domestic procedure, the ECHR shows how the Moldovan prosecutor, relying on this regulatory practice, stubbornly refused to open a criminal investigation into the alleged facts. The prosecutor replied to the complainants that their forced abortions and sterilizations were perfectly legal and that there was no need to open a criminal investigation. The complainants challenged the prosecutor's refusal and showed that such a regulation was contrary to international law. It is an illegitimate discrimination on the basis of disability and prohibited by international law. The physical integrity of disabled persons must be respected in the same way as for persons with full faculties.

The Moldovan prosecutor refused a second and third time to open an investigation, stating that the applicants had given oral consent for two of them and written consent for one of them. If the doctor in charge of the service was convicted for the rapes, these three women came before the ECHR to obtain compensation for their forced abortions and the temporary and permanent sterilizations that were imposed on them.

The main positive point of the ECHR judgment is the choice for the basis in the Convention to condemn the Moldovan State. Whereas the applicants had based their application on the violation of their privacy (article 8), the Court unanimously based it on article 3, which is much more serious, since this is the article of the Convention that prohibits torture and inhuman and degrading treatment. One can legitimately say that the Court, in this judgment, affirms that forced abortion and forced contraception are inhuman and degrading treatment, and not, more moderately, violations of privacy.

The ECLJ had been authorized by the Court to intervene and had demonstrated that not only were these practices inhuman and degrading treatment, contrary to article 3 of the Convention, but that there had also been an infringement of the right to life of the unborn child (article 2) and an infringement of the right to found a family (article 12). While the ECHR summarized in several sentences the interventions of the two other third party NGOs in the case, it only briefly cited the articles invoked by the ECLJ. The Court obviously wanted to avoid any discussion regarding the life of the unborn child. The Court also evacuated the future but certain harm to these women, two of whom will no longer be able to have children.

Thus, in the eyes of the ECHR, forced abortion is most serious in that it violates the physical integrity and freedom of the woman, not so much in that it ends the life of an unborn child against the will of its mother. On the other hand, it is likely that if a disabled person were to be denied a legal request for an abortion, the Court would also see this as inhuman and degrading treatment, since it is respect for the woman's will that it wishes to protect, much more than the life of an unborn child, which is totally absent from its judgment.

The second revelation of this judgment is the systemic infringement of the rights of people with disabilities placed in these psychiatric asylums. From the operation of the medical administration, the evidence of the investigation, the attitude of the prosecutor and the regulatory guidelines, it is clear that many women with disabilities were abused, aborted, sterilized or forced to use contraception. These three applicants are far from being the isolated victims of a single perverted doctor, especially since the facts are spread over years: 1998, 2003 and 2007. According to the Moldovan prosecutor's own admission and according to the regulations, it was socially acceptable to practice such things on disabled persons placed in specialized institutions until at least 2014. The latest Moldovan guidelines of August 18, 2020 are less shocking but still tendentious: The consent of the disabled person is required for any abortion performed on them. However, mental retardation alone remains grounds for an MRI (§43).

The judgment goes on at length about all the judicial and administrative shortcomings that demonstrate that such facts have occurred on multiple occasions: no vital justification for aborting these women without their free and informed consent, lack of conservation of documents and medical records, situation of dependence and inferiority of these persons that facilitate such acts, multiple refusals to investigate despite the seriousness of the facts, etc. One is frightened to learn in §149 that the second and third applicants are still interned in the same asylum. For these reasons, the ECLJ will be attentive to the follow-up of this case before the Committee of Ministers of the Council of Europe by intervening before this body in charge of the good application of the ECHR’s decisions.

Finally, it is rather disappointing to see the ECHR allocate only 30.000 € to the first applicant and 25.000 € to each of the two others. These are amounts that bear no relation to what victims can obtain in the United States, but even in France. Recently, a person deprived of his genital organ following a medical error obtained 61,000€ for his damages and appealed to get much more.

Abortion - interpretative declarationBy Grégor Puppinck1671201731452
International judicial and quasi-judicial bodies have undertaken to affirm the existence of a broad right of access to abortion, even though this practice was a criminal offence in most countries at...
Read More
More Related Articles