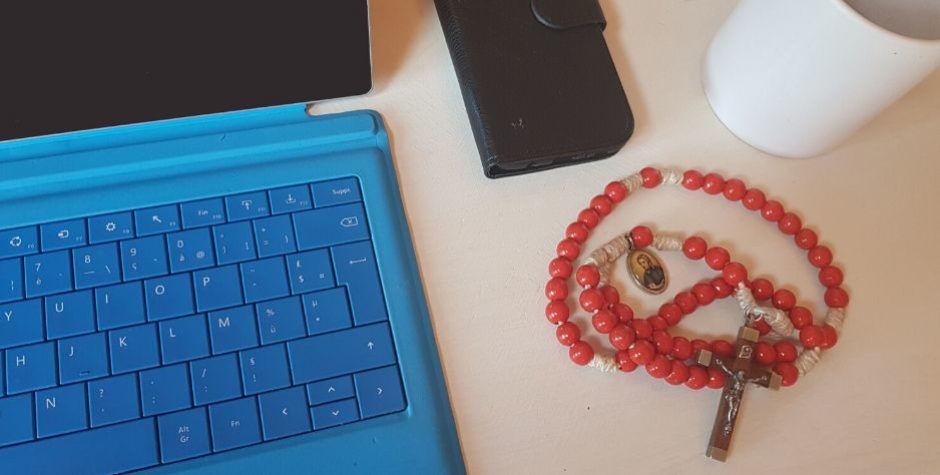 Views on "Reasonable Accommodation" of Religious Diversity in the Workplace

Should employers be required to "reasonably accommodate" religious diversity in the workplace? This was what draft resolution of the Parliamentary Assembly of the Council of Europe (PACE) tried to impose: "The protection of freedom of religion or belief in the workplace"[1]. Reasonable accommodation in this context means derogatory measures taken by employers to adapt to the religious practices of their subordinates. The text aiming at making them mandatory provoked a lively debate on January 29, 2020 in Strasbourg: prayer times and rooms, absences for religious holidays, wearing of religious clothing and symbols, special diets, etc.

The coup de théâtre was the systematic deletion, through amendments, of the notion of "reasonable accommodation". Council of Europe members considered it dangerous for societies and emptied the draft resolution of its substance. They therefore rejected the "Quebec multiculturalist model", which is at the origin of the practice of reasonable accommodation. That choice was a victory for the European civilization. However, in the resolution 2318 (2020)[2] finally adopted, no concrete approach to managing religious divisions emerged. This debate has therefore been, in this respect, raking water up a hill.

This analysis aims to draw conclusions from a collective parliamentary failure, identifying the aporias of legal, political and social thinking it reveals.

The simplistic approach of non-discrimination

The two MEPs behind the promotion of the reasonable accommodation model are Conservatives Davor Stier, a former Croatian minister, and Jeffrey Donaldson, a British MEP. Their original intention, which the ECLJ supports, was to defend the freedoms of practicing Christians in the workplace.[3] However, the prohibition of "discrimination" has led them to make no difference between religions; they have not dared to distinguish and prioritize between the multiple demands of religious origin.

As a result, the draft text by rapporteur MP Stier indiscriminately promoted "reasonable accommodation" for all. Thus, the refusal to perform an abortion or an LDC was put on the same level as the request for prayer rooms or halal and pork-free diets.[4] This assimilation of heterogeneous realities is unjust and risky, as we shall explain, but it also reflects a reckless strategy.

The divisions around multiculturalism

Such levelling out has thus prevented the rapporteur from gathering a majority of parliamentarians around his text. In fact, while it is already difficult to rally around a single, divisive political issue, it is practically impossible to do so at once with several issues, equally divisive. During the debate, classically, left-wing MEPs expressed their firm opposition to conscientious objection for Catholics, and right-wing MEPs expressed their skepticism about the merits of Muslim demands.

This debate drifted to one on multiculturalism, outside the professional context to which the draft resolution was limited. For example, Martine Wonner, French MP for the Bas-Rhin region (LREM), distinguished herself with a naïve and ridiculous praise of  "diverse, protean, multi-ethnic, multicultural,[societies, which] are religious mosaics," in which "everyone can flourish." On the contrary, Jacques Le Nay, French Senator of the Morbihan region (UDI), was concerned about the "risk of the rise of communitarianism".

According to Mr. Stier's report, requests for workplace accommodation in Europe actually concern "mostly Muslims."[5] Targeting "communitarianism" and certain Muslim demands therefore seems logical. On the other hand, these half-worded criticisms often hide a refusal to assume a willingness to put one's finger on a more fundamental issue. It could be formulated as follows: can an accommodation with Islam really be "reasonable"?

Indeed, Islam includes the Sharia legal system, covering all aspects of life. This Islamic law is indivisible and of "revealed" origin.[6] It would therefore be illusory to accommodate some of its provisions (e.g. the "hallal" norms) by expecting Muslims to give up the ambition to enforce other Islamic norms in exchange.[7] The political scientist Olivier Roy opposes the "fundamentalism" of certain currents of Islam with the "accommodationism" of certain religions, such as Catholicism.[8] Accommodation without reciprocity is not reasonable.

The erroneous assimilation between disability and religion

In international law,[9] as well as in European Union law,[10] the duty to provide reasonable accommodation is currently limited to persons with disabilities. In other words, the duty is to adjust to their disabilities to enable them to fully be part of society. The draft resolution sought to transpose this duty, by ensuring "reasonable accommodation" for religious or non-religious beliefs in the workplace, similarly to the duty established regarding persons with disabilities.[11]

While disability is suffered from and objectifiable, religion is, at least in part, a subjective personal choice. This difference between disability and religion must logically have an impact on the applicable legal regime. A personal characteristic that is suffered from (disability, race, sex, birth, etc.) or chosen (religion, opinion, sexual practice, etc.) is not treated in the same way. Indeed, in the case of free choice, personal responsibility must be a corollary. To equate disability and religion in a logic of "non-discrimination" amounts to denying that religious belonging derives from the exercise of freedom.

The difficulty of conceptualising conscientious objection

On the contrary, requests for reasonable accommodation are not based on a superior law; they stem from religious, cultural or identity-related habits, to which it would be dangerous to attribute the value of "law," and which challenge the general rules. Moreover, to accede to these requests for accommodation in the name of freedom of conscience would be tantamount to reducing "conscience" to a personal opinion or habit.[13] Such a levelling is a risk to conscientious objection itself.

The impossible import of a legal culture

The reasonable accommodation model is at odds with the legal culture of many European countries. In particular, France refuses to derogate from a general rule on the pretext that it would be incompatible with an individual religious practice.[14] This refusal in principle, while hiding a more nuanced practice, is based on a classical conception of justice. While accommodation allows justice to be exercised against the law or in parallel with it,[15] European tradition bases its justice on the respect of the law.[16] For this reason, no European state provides a formal right to reasonable accommodation.[17]

Even in Quebec and the United States, the model of reasonable accommodation is being increasingly challenged. For Mathieu Bock-Côté, it is part of the perspective of an inversion of the "integration process by forcing the historical majority of a society to rebuild itself within the parameters of an identity egalitarianism.”[18]

Neither Mr Stier's report nor the draft resolution or the resolution finally adopted referred to freedom of enterprise. That freedom is not strictly speaking protected by the European Convention on Human Rights, but it could be linked to several rights, for example the right to respect for one's property. In a logic of balancing, which is usual in human rights, it is important to include the rights of employers and not only those of their subordinates.

Indeed, many religious prescriptions have an impact on aspects of working life[19] on which the employer is the standard-setter, within the framework set by the legislator, for the good of the company. This is the case, for example, of annual leave, working hours, the wearing of religious clothing and/or symbols, or specific dietary requirements.[20] A general duty to reasonably accommodate everyone would subject organizations to excessive anti-discrimination accounting.

Thinking about a European model?

Fortunately, the members of the Council of Europe rejected by a majority this Quebec model, which is neither liberal nor conservative. This does not prevent them from blindly believing that they can still build "religious mosaics." Once the disenchantment comes, they will have to think about another model, a European one, to manage an increasingly multi-conflictual religious "diversity."

For this, it is possible to draw inspiration from tools from European political and legal traditions. In particular, one way to explore, when dealing with religions, is the interest of a policy of tolerance, in the traditional sense of the word. Indeed, religions are not equivalent, either in their relationship to truth or in their place in European history. The law is perfectly legitimate in recognizing this fact and drawing conclusions from it, distinguishing "free" and "tolerated" religious faiths           .

N.B.: From the Christian point of view, it is true that work should not be separated from the spiritual life. It must even be subsidiary to it. This is why Leo XIII's encyclical Rerum novarum (1891) asks that "the spiritual interests of the worker and the good of his soul be taken into account" and specifies that his employer has the duty to allow him to devote sufficient time to piety. In fact, man participates by his work in the work of the Creator and collaborates in the redemptive work of Christ. As Christ reminds us, "What profit is it to a man if he gains the whole world, and loses his soul?" (Mt, 16:26)[22].

[1] PACE, Doc. 15015, Committee on Legal Affairs and Human Rights, "Protection of freedom of religion or belief in the workplace", 17 December 2019, Draft resolution and draft recommendation adopted on 10 December 2019.

[3] PACE, Doc. 14544, "Protection of freedom of religion or belief in the workplace", Motion for a resolution, 26 April 2018. This motion for a resolution, signed by several Christian members of parliament, is based on Resolution 2036 (2015), "Combating intolerance and discrimination in Europe, in particular against Christians", adopted on 29 January 2015, calling on states to "promote reasonable accommodation" (§ 6.2).

[9] Convention on the Rights of Persons with Disabilities, adopted by the United Nations General Assembly on 13 December 2006 and entered into force on 3 May 2008, Articles 2 and 5 § 3.

[16] Michel Labourdette, Cours de théologie morale: Tome 1, Morale fondamentale, Bibliothèque de la Revue Thomiste, 9 December 2010, p. 655: "By LAW we always understand a certain regularity that is imposed on action or movement: it is a rule, a measure, it is normative".

[19] See on this subject: Veit Bader, Katayoun Alidadi and Floris Vermeulen, "Religious diversity and reasonable accommodation in the workplace in six European countries: An introduction", International Journal of Discrimination and the Law, 2013, p. 63.