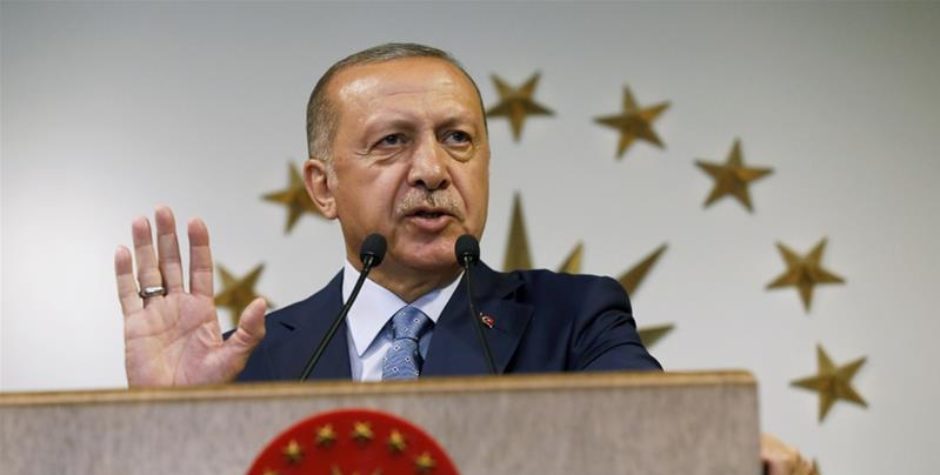 European parliamentarians, many of them French, have recently tackled the difficulties posed by the recent developments of Turkey and by the increased presence of Islam on our continent. We can only applaud their realism, even if their inability to define a vision for the future of Europe is regrettable.

Members of the European Parliament (MEPs) are increasingly critical of Turkey. This is reflected by an open letter sent on July 5th, 2018 by a hundred MEPs to Turkish President Erdoğan, on the occasion of the trial of Christian Pastor Andrew Brunson. MEPs start by recalling their resolution voted in February and strongly denouncing the current violations of Human Rights in Turkey. They then protest “against the fact that Pastor Brunson had to wait almost a year and half before being indicted” and against “the fact that the indictment associates “Christianization” with terrorism, considering the Christian faith as endangering Turkey’s unity, while Christianity has been peacefully present in this land long before the actual Republic of Turkey.”

The list of the signatories of the letter makes it an exception in European political life. The 98 MEPs signatories are from all political groups and 21 nationalities: this unity is very unusual in politics, especially when it aims to defend the mission of evangelization of a Pastor among Muslims.

At the time of the Turkish general election, these MEPs send a strong signal to the European executive, which has repeatedly expressed its wish to see Turkey joining the Union.

At the Council of Europe in Strasbourg, other deputies oppose Turkey, its allies, and correlatively Islam. In the great Europe of 47, including several Muslim-majority countries, the fight must be led within the institution. A recent report initiated by members of the Parliamentary Assembly of the Council of Europe (PACE) highlighted a corruption scandal directly involving Azerbaijan, which is an accomplice of Turkey. The Independent Investigation Body appointed by the parliamentarians showed the impact of this corruption on the votes of deputies.

In another report, the PACE denounced the ratification by Turkey, Azerbaijan and Albania of the Declaration on Human Rights in Islam (1990), which subjects rights and freedoms “to the Islamic Shari’ah,” considered as “the only source of reference.” The report concluded that there are “structural incompatibilities” between Islam and Human Rights, particularly because of the discriminatory status of Christians and Jews and the superiority of men over women within the Sharia law.

However, if elements consubstantial to Islam are contrary to Human Rights, what consequences should European States draw, particularly with regard to their relationship with Muslim countries such as Turkey or their immigration policy? The work of the Council of Europe, unfortunately, does not dare to answer this sensitive issue.

Public Worship in Europe: Overview By ECLJ1589461200000
In Europe, some countries have never banned public worship and others have already reinstated it or plan to do so very soon. Out of the 15 countries we have been able to observe, only Spain and...
Read More

No freedom for conservaticesBy Nicolas Bauer1587478192923
The United Nations (UN) Special Rapporteur on Freedom of Religion or Belief, Mr. Ahmed Shaheed (Maldivian), presented a new report to the Human Rights Council during the March session. [1] The topic...
Read More

Migration Influx or Better Protection?By Nicolas Bauer1575730800000
In its Chamber judgment A. A. v. Switzerland (No. 32218/17) of 5 November 2019, the European Court of Human Rights (ECHR) considered that the return to Afghanistan of an asylum seeker converted to...
Read More
More Related Articles