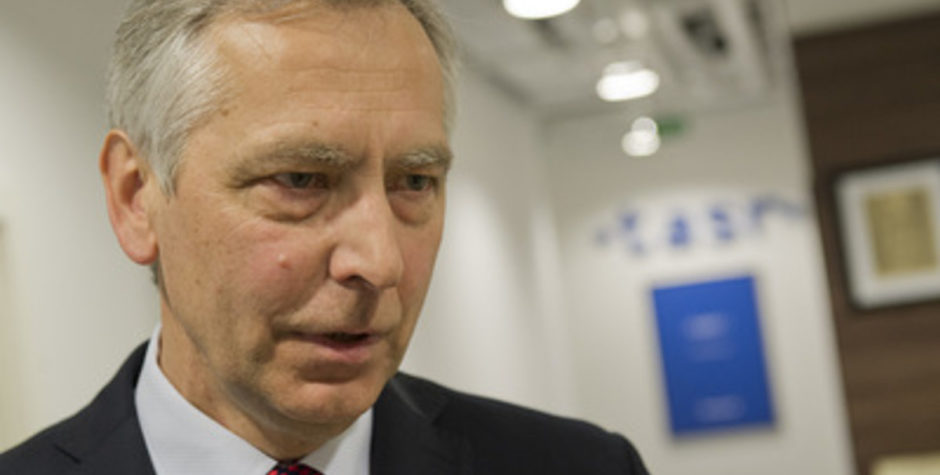 Figel on FoRB and the EU

Interview with Jan Figel, Special Envoy for freedom of religion or belief outside the EU & Fmr. EU Commissioner for Education, Culture

Could you describe your mandate?

My role is to promote freedom of religion or belief (FoRB) outside the European Union as an essential value and universal human right, mainly through international cooperation and development policy. That is why I am working closely with Commissioner Neven Mimica and DG DEVCO, but also with other services (EEAS - European external action service, DG NEAR - neighbourhood policy).

Most of my activities are oriented towards partner countries with whom we have bilateral or multilateral agreements on development and cooperation. My mandate also includes regular reporting within the Treaty Art. 17 dialogue with churches and religious communities within the EU. I started in May 2016 and was renewed until May 2018. This introductory period has already shown many reasons for further adaptations of this position. The main objective is to make FoRB a more efficient part of overall EU external policy.

And of course, if we want to be credible partners in the world, we have to keep a consistent approach, both externally and internally. But we have different instruments and competences inside and outside of the EU.

What are the actions of the EU in promoting FoRB abroad?

EU has adopted its common Guidelines for this policy area in 2013. This is a key consensual instrument for the protection and promotion of FoRB. Violations or abuses of FoRB committed both by state and by non-state actors are widespread and complex and affect people everywhere in the world, including Europe. The latest example in Europe is the ban on Jehovah Witnesses in Russia.

The spectrum of EU actions is quite wide: monitoring, assessing and reporting on the state of FoRB, the use of preventive public diplomacy or as a response to serious violations, such as executions, extrajudicial killings, unfair trials, outbreaks of violence or communal attacks. Concerning the protection and promotion of FoRB, the Union can also use political dialogues and visits to countries, as well as support or financial instruments. We also act on multilateral forums and provide training for EU diplomats on FoRB issues. The major problems and concerns are about totalitarian countries, conflict zones, in fragile states with militant non-state groups. Many regimes misuse blasphemy or anti-conversion laws against religious minorities.

But we also have positive incentives. E.g., there is the EIDHR - European Instrument for Democracy and Human Rights. This is a financial instrument of €1.4 bn  that helps many developing countries. Within the current framework of the program, more than 50 projects connected to FoRB are supported by an overall budget of €15 mil. The latest project is Lorenzo Natali Media Prize for FoRB in development policy. After 25 years, we are introducing for the first time - this month in June - awards for the best amateur and professional reports on FoRB.

There are also instruments for educational and cultural projects. I think the EU can do a lot to make humanity, peace and justice prevail in the world by promoting the freedom and the responsibility of religious leaders and communities, as well as the common good. Freedom without responsibility is not sustainable and cannot not last.

Did Europe recognise the “genocides” in Syria and Irak?

The Parliamentary Assembly of the Council of Europe, which is a Pan European intergovernmental organization, was the first international institution to express its recognition of the facts and to denounce them, in January 2016. The strongest and very important resolution on the mass atrocities committed by ISIS in Iraq and Syria was adopted very quickly after this recognition, in February 2016. In this resolution Parliament requested EU member states and the international community to act through the UN Security Council in order to stop persecution of religious and ethnic minorities and through the ICC to investigate these brutal and extraordinary crimes and prosecute the perpetrators of these crimes. An overwhelming majority of MEPs also requested in this resolution that a “permanent position of EU Special Representative for FoRB be established". Therefore, in relation to this call, I see the regions of the Middle East and their critical situation as my priority. I have visited Jordan, Iraq, the United Arab Emirates, and recently Sudan and Morocco.

The same recognition was made by the British House of Commons, the US Congress House of Representatives and by many other institutions and organizations. Unfortunately, respective governments did not follow this position. There was no direct proposal or position initiated either within the UN Security Council or within the UN General Assembly. I am sure that in order to bring peace, security and justice in the Middle East, for the sake of our international commitments, and for the credibility of the UN as a responsible actor, due actions should be engaged, negotiated and taken.

What can the EU do following this recognition?

The EU has no mandate or formal seat within the UN Organization. We do provide a lot of effort in the region against violent extremism and fundamentalism through the CSFP and in cooperation with international organizations. The major part of humanitarian aid in Syria and Iraq is coming from Europe. In Iraq, we are working with all relevant institutions, including civil society and religious and ethnic minorities, in order to support security, reconciliation, justice and reconstruction locally. I think we have to document ourselves on all crimes against humanity as well as on legislation concerning genocide and to start investigations in order to send a strong signal to the people who find themselves in need and to tell them that they are not abandoned and that justice and new perspectives will soon prevail.

The support conference for reconstruction of Syria organized in Brussels in April accumulated six billion USD. A similar support for Iraq took place a year ago in London. Syria needs a new political solution and an agreement concerning its future. Iraq needs to find the way of a democratic state solution to protect Sunni, Shia, Kurds, Christians, Yezidis and all its minorities. After defeat and expulsion of the ISIS heavily destroyed cities like Aleppo or Mosul can be reconstructed and renewed. Do you remember post-second-world-war images of Dresden or Stalingrad in Europe?

What are the States duties towards the authors of the genocide, if some of them are of their citizens?

It is clear: War crimes, crimes against humanity and crimes of genocide are punishable under international law and under most national criminal laws. It is very important that competent bodies - mostly prosecutors or state attorneys – put in place legal procedures against ISIS militants and foreign fighters. The main reason being justice itself. But secondary reasons are important as well: it is a sign to embattered communities that justice - though limited - is coming, and a warning to potential, future recruits of islamist terrorism to avoid taking action.