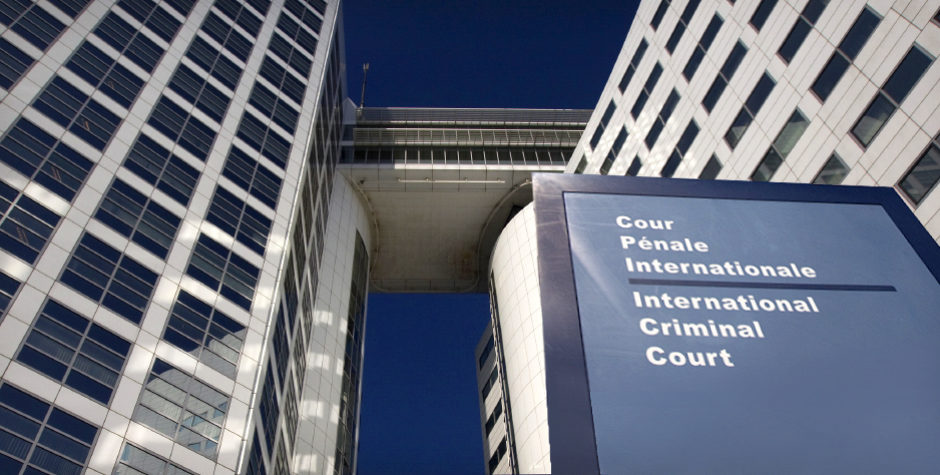 Afghanistan: Prosecuting the United States at the ICC?

An attempt by the Prosecutor of the International Criminal Court to open an investigation into the situation in Afghanistan, and thereby potentially to prosecute not only Taliban fighters and Afghan forces but also American soldiers and CIA officers, has exposed the insuperable constitutional obstacles to the project of creating a supranational or universal jurisdiction.  It shows why this project is futile and should be abandoned.

A long history of US opposition to the ICC

It is well known that the USA, having initially signed the Rome treaty during President Clinton’s last days in office (on 31 December 2000, the deadline set down in the treaty), but without the Senate ever ratifying it, has expressed its fundamental hostility to the ICC and its jurisdiction ever since President George W. Bush took office in 2001.  In addition to taking the unusual step of withdrawing its signature from the ICC treaty, the US has, since 2001, concluded a large number of bilateral immunity agreements with ICC signatory states to prevent American citizens from ever being extradited to the ICC for prosecution.  There is therefore no possible doubt that the USA does not, and will never, accept the jurisdiction of the ICC over its nationals.

Under these circumstances, the decision by the Prosecutor to apply for the right to open an investigation, and then to appeal against the unanimous decision taken in April 2019 by the Pre-Trial Chamber to reject her application, demonstrates a certain stubbornness.  This is because Article 98 of the Rome statute makes it clear that the consent of the sending state is needed if the Court sends a request for the extradition of a person accused of a war crime.  So even if a prosecution were opened and an American national were indicted, the Court’s own statute requires it to respect any US refusal to extradite that national.  The whole aim of indicting Americans is doomed to failure from the start.

The ICC Statute is based on the principle of complementarity with national jurisdictions.  Complementarity is not only emphasised in the Statute’s Preamble but also clearly reaffirmed in its very first article. If something is « complementary » to something else, this means that it completes the other thing but does not replace, subsume or abolish it.  Yet opening an investigation into US citizens, in the teeth of US opposition, would override US jurisdiction and thereby destroy it.

Moreover, the Statute makes clear that ICC jurisdiction kicks in only when a state is unable or unwilling to launch an investigation or  prosecution itself (Article 17). It is impossible to claim that the US has not investigated torture practised by CIA officials during the war in Afghanistan: waterboarding, torture and rendition (to Poland and Romania) were the subject of intense controversy in the US for many years.  These matters have been extensively litigated in US Courts, notably by the American Civil Liberties Union (ACLU).[1]  They have been the subject of Hollywood films like Zero Dark Thirty.  Above all, the controversy led to a mammoth investigation by the Senate Intelligence Committee which generated a 500-page report published in 2012.

The Rome Statute states that a case must be declared inadmissible « if the case has been investigated by a State which has jurisdiction over it and has decided not to prosecute the person concerned ».  (Article 17.1.b)   President Obama assured CIA officers in 2009 that they would not face prosecution and the position of the US government has not changed since.  Therefore, according to the ICC Statute itself, an attempt to prosecute Americans is inadmissible.

It is true that the Statute says that such prosecutions are inadmissible « unless the decision resulted from the unwillingness of the State genuinely to prosecute. »  The Prosecutor presumably thinks that this proviso means that the ICC can force an investigation and launch a prosecution, against the will of a state.  But it would be extraordinary to do this against the will of a state which is not even a signatory of the Rome treaty and which has therefore not agreed to be subject to the powers of the ICC.

The truth about universal jurisdiction

People often claim that universal jurisdiction exists for war crimes and that national sovereignty (or consent) should not be allowed to stand in the way of prosecutions for the worst crimes.  One of the most forceful statements of this doctrine was made by the then Chief Prosecutor of the International Criminal Tribunal for the former Yugoslavia, Louise Arbour, who stated in August 1999, ‘We have passed from an era of co-operation between states into an era in which states can be constrained.’[2]

But this is simply not true.  It is a fundamental principle of international law that states are not bound by treaties they have not signed.  Article 34 of the 1969 Vienna Convention on the Law of Treaties spells this out.  As a result, the ICC Statute, which is a treaty, cannot, in law, override US jurisdiction without its consent.  In addition, there are numerous juridical arguments against universal jurisdiction[3] - rulings by the International Court of Justice (including the Corfu channel case of 9 April 1949 and the USA v. Nicaragua case of 27 June 1986); numerous resolutions passed by the General Assembly of the UN which specifically rule out invoking human rights to justify intervention or universal jurisdiction; and the founding principle of the UN Charter, which states that the international system is based on the sovereign equality of states.  Indeed the issue of universal jurisdiction was specifically raised[4] during the travaux préparatoires of the Rome Statute of the ICC and, as it is not explicitly present in the Statute, rejected.

Democratic statehood is the basis of political legitimacy

But the issue here is not legalistic.  It is constitutional. The opening of an investigation against Americans would imply that the ICC Prosecutor puts herself above the decisions of the US Senate and the US president.  Both these institutions enjoy massive democratic legitimacy which no Prosecutor can ever equal, still less one working for an international court: an international court, unlike a national one, operates outside the political and legislative structure of a state.  Yet the right to prosecute criminals is enjoyed by states because it is at the very essence of the state’s core function of protecting its citizens.  This is the social contract which gives states legitimacy.  The ICC has no power to protect anyone because it does not have a police force and, as a consequence, it cannot try to punish people outside the parameters of the consent of states which alone have that legitimacy.

Of course people may hold that the USA’s refusal to prosecute CIA officers accused of torture is a cover-up.  But no one can deny that there are political and legal avenues open to them, within the democratic and legal structures of the American republic, to change this policy.  What is not acceptable is for an international body, whose legitimacy derives only from the consent of those countries which created it, to overrule the decisions of legitimately constituted and democratically accountable states.  Any attempt to do so will only discredit that body fatally.