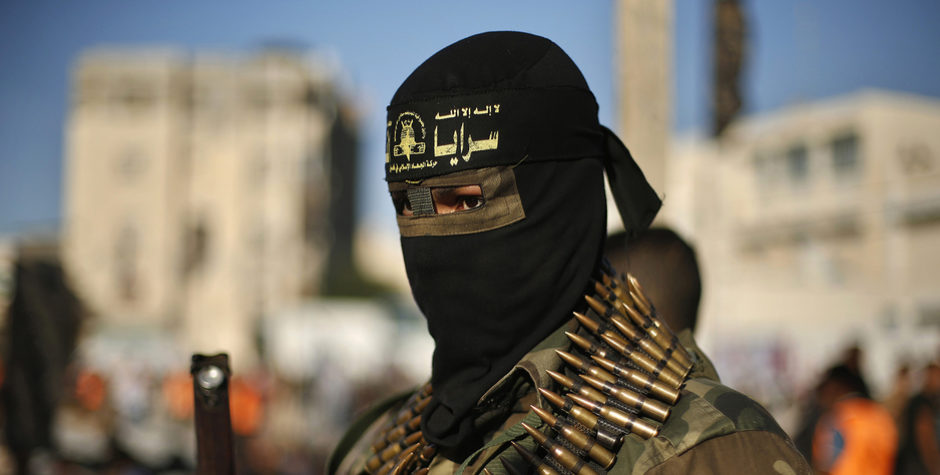 Does France have any other choice than to judge its own jihadists?

This article has been published in Le Figaro, the main French newspaper. It analyzes the possible solutions to react to the threat that the returning jihadis represent for Europe and France.

According to the Kurdish authorities, hundreds of Daesh-affiliated prisoners escaped and could return to their home countries, particularly in Europe. In the Kurdish detention camps in northern Syria, about 400 French - including several dangerous profiles - would be detained and could also take advantage of the Turkish offensive to flee and return to France. Faced with this phenomenon of the return of jihadists, the European states must react, primarily to protect people from the terrorist danger and secondarily to ensure that justice will be served.

Foreign French Minister Jean-Yves Le Drian has maintained the same position for several months: “Terrorists must be tried where they committed their crimes”; that is to say in Iraq and Syria. It is true that, in general, each State provides for the application of its criminal law in its territory even if the perpetrator of the crime does not have the citizenship of that State. This State sovereignty, recognized in international law, makes the Iraqi and Syrian judicial authorities competent to try European nationals who have committed crimes locally. Applying this principle would facilitate investigations, the collection of evidence and the identification of the victims. Certainly, judging European jihadists in Syria is not yet realistic, because the civil war continues, but it is already possible in Iraq. It is for this reason that Jean-Yves Le Drian plans to resume transfers of French jihadists from Kurdish detention camps to Iraq.

The deprivation of citizenship, a solution to avoid the return of jihadists?

However, how to ensure, as France and other States would like to, that these jihadists stay there to be tried and served their sentences? Because of their citizenship, they have a “right of return” in Europe. If they are free or have escaped, it is not possible to prevent them from returning to their country of origin. Such a right can be denied to them only if they lose their European citizenship and become foreigners, in which case their former home State may refuse to accept them on its territory.

The deprivation of citizenship is provided by several States in the event of a terrorist act committed by an individual having acquired the citizenship. Only the United Kingdom makes intensive use of this tool to prevent the return of jihadists, with 150 of them stripped of citizenship in 2017 alone. This possibility of depriving a person of his citizenship is limited by international conventions when it leads to a situation of statelessness. The United Kingdom has chosen to interpret international law flexibly, only to ensure that there are reasonable grounds for thinking that the person can acquire another citizenship. Moreover, the European Court of Human Rights (ECHR) has already validated the deprivation of citizenship of a Maltese of Egyptian origin, despite the resulting statelessness, emphasizing the particular circumstances of the case (Ramadan v. Malta, 21 June 2016).

In any case, stripping the jihadists of their European citizenship when they are still in Syria and Iraq makes sense only if the external borders are strengthened, in order to effectively prevent their return. However, border enforcement is a taboo in Europe.

The delusion of International criminal justice

Some European states support the proposal of the Kurdish authorities to entrust the jihadists’ judgment to international criminal justice. Such an option would allow them to discharge their responsibilities to their nationals and would unify the administration of justice. However, this possibility is not realistic for several reasons.

The crimes of Daesh were committed in the territories of Syria and Iraq, which are not parties to the Rome Statute of the International Criminal Court (ICC). In addition, the UN Security Council did not refer the situation in Syria and Iraq to the Prosecutor of the ICC, because of the veto of the Russian Federation and China. These countries are afraid to give such territorial jurisdiction to the ICC, as this would lead to an investigation not only of Daesh, but also of the Syrian regime of Bashar al-Assad, one of their allies. Finally, the Prosecutor decided not to exercise the “personal” jurisdiction of the ICC, which would have made it possible to individually judge jihadists who are nationals of States Parties to the Rome Statute (including European States).

That is why some 30 members of the Council of Europe have recently proposed the creation of an international tribunal, as for the former Yugoslavia in 1993 and for Rwanda in 1994. They ask for “effective investigations and prosecutions for their involvement and complicity in genocide, crimes against humanity and war crimes, or lower offences.” Nevertheless, the results of these previous tribunals are very mixed. In any event, the creation of an International Criminal Tribunal is decided by the UN Security Council and will probably be blocked by a new veto from the Russian Federation and China.

Aware of these obstacles, European States must accept that they must participate in the trial of their nationals. It is indeed impossible to hope to totally prevent the return to Europe of fighters of the Islamic State. This return has already largely taken place. According to the latest figures from a UN-commissioned team, 30 to 40% of European Daesh fighters have already returned. If we compare these figures with those of the Council of Europe, there would be between 1,500 and 2,500 jihadists already back to Europe. Other European jihadists were killed (30-40%) or resettled elsewhere (10-15%); only 10 to 15% are detained in the region, which represents 500 to 1,000 fighters.

These jihadists back to Europe cannot really be treated specifically as “traitors” or “enemies” of the nation. These words are political statements and not relevant legal terms. Indeed, current wars are no longer traditional, with States formally declaring war, and the reference to classical rules of war is no longer appropriate. Daesh is not even legally a State (even if it is almost the equivalent in reality). The analytical framework inherited from Carl Schmitt must therefore be put aside: jihadists must be treated not as “fighters,” but as criminals. They have killed many civilians or people who are unable to fight and are individually criminally responsible for these crimes.

What is to be done, then, concerning these 1,500 to 2,500 jihadists who have already returned to Europe and the future returning jihadists? Can we be satisfied with believing that they will spontaneously repent from their crimes? Investigations by the French specialist David Thomson suggest the opposite; most “jihadists” are disappointed in Daesh, but still in favor of jihad, and see Europe as the enemy of Islam. Terrorist attacks or attempted attacks have already corroborated this fact: several Daesh fighters continued jihad after their return to Europe. This is for example the case of Abdelhamid Abaaoud, organizer of the attacks of November 13rd, 2015, the three other killers of that evening, as well as perpetrators of anti-semitic crimes in Brussels (April 2014), suicide bombings in Brussels (March 2016) and Manchester (May 2017).

A responsibility to judge resting with the European States

For the criminal prosecution, European States have no choice: it is up to them to judge and condemn these jihadists, by exercising their jurisdiction over their nationals. For example, in France, the criminal law “is applicable to any crime committed by a Frenchman outside the territory of the Republic” and “to the crimes committed by French people outside the territory of the Republic if the facts are punished by the legislation of the country where they were committed.” The next question will be that of their release from prison at the end of their sentence. It would be interesting, for example, to apply the principle of supervised confinement to jihadists (as for sexual or violent crimes in France), in order to keep the jihadists in socio-medical-judicial centers after the end of their sentence.

There remains one last taboo, the strongest, which concerns the root causes of the phenomenon of foreign fighters. Why did Europeans leave to fight for a radical religious ideology? Why is France the country that has - by far - let the most fighters (1,200 French) leave? To answer these questions, it is essential to rethink, in Europe, the relationship between politics, religions and identities. Governments have trouble admitting it and drawing the consequences.

Nicolas Bauer is a Research Fellow at the European Center for Law and Justice (ECLJ) and a Ph.D. student in Human Rights Law at the University of Strasbourg.