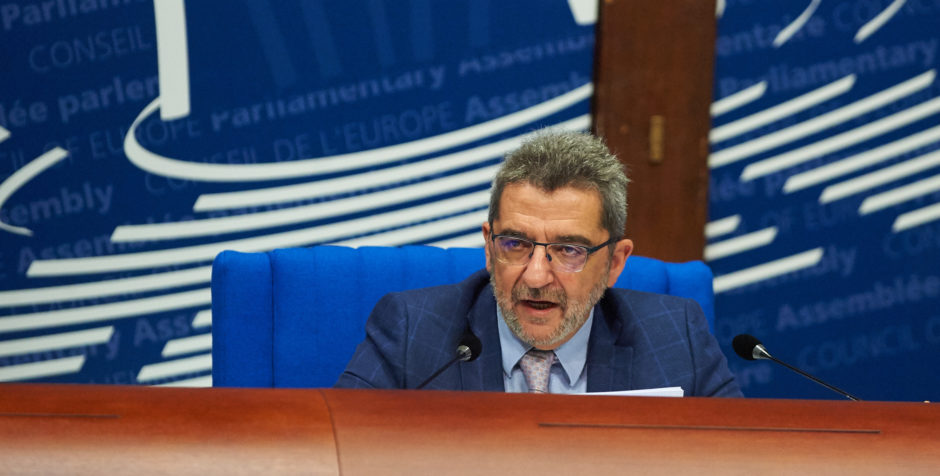 Sharia and human rights: debate in Strasbourg on a draft resolution

Shari'a and HR: Debate in Strasbourg

On January 22nd, 2019, the Parliamentary Assembly of the Council of Europe (PACE) will discuss and vote on a draft resolution recalling the incompatibility of Sharia law with the European Convention of Human Rights. It particularly aims Western Thrace, a Greek region formally applying Sharia law for its Muslim community, which PACE had already clearly condemned in 2010.[1] The draft resolution also denounces the excesses of the United Kingdom’s “Sharia councils,” which have a role of mediation for family conflicts. It is also concerned about the fact that three Member States of the Council of Europe (Turkey, Azerbaijan and Albania) are signatories to the Cairo Declaration of Human Rights in Islam of 1990. This Declaration, written by the Organization of Islamic Cooperation (OIC), is a legal drafting of Sharia law. It considers that “Islam is the religion of true unspoiled nature” (Art. 10) and declares rights and freedoms “subject to the Islamic Shari’ah” (Art. 24), which is “the only source of reference for the explanation or clarification to any of the articles of this Declaration” (Art. 25).

This draft resolution on Sharia law is debated one month after the shift in the case-law of the European Court of Human Rights (ECHR). So far, the Strasbourg judges had upheld a condemnation in principle of Sharia law. In their decision Refah Partisi and Others v. Turkey [GC] of February 13th, 2003, they had already noted “that Sharia is incompatible with the fundamental principles of democracy, as set forth in the Convention,” especially concerning “its rules on the legal status of women.”[2] However, in Molla Sali v. Greece [GC] case of December 19th, 2018,[3] the ECHR did not reiterate this position. For the first time, the Court has, on the contrary, defined the outline of a legal framework enabling States to apply Sharia norms to Muslim minorities who request it, in parallel with the common law[4]. A PACE resolution in January 2019 would be a reaction to this new relativistic and communitarian approach of the ECHR.

If the draft resolution is so worked on and informed, it is because it has been prepared following a full report by the Committee on Legal Affairs and Human Rights entitled “Compatibility of Sharia law with the European Convention on Human Rights: can States parties to the Convention be signatories of the “Cairo Declaration”?” The report and draft resolution address several worrying aspects of Sharia law, including the superiority of men over women, the rules governing marriage, the inhuman punishment for certain crimes, the absence of freedom of religion and the discriminatory status of Christians and Jews. The ECLJ asked European parliamentarians to amend the draft resolution to include as well the issue of banning blasphemy against Allah and Muhammad. All these elements of Sharia law are incompatible with Human Rights, but they are nevertheless present in the Cairo Declaration of 1990. For this reason, the report demonstrates that this text, as well as the other Islamic declarations of Human Rights adopted since the 1980s, “fail to reconcile Islam with universal human rights, especially insofar as they maintain the Sharia law as their unique source of reference.” [5]

Some Shariah provisions can be made compatible with human rights, or even provide additional rights. For example, the Cairo Declaration recognizes a special protection to the human fetus (Article 7), contrary to the European Convention. However, it would be illusory to divide Sharia law, examining each of its norms on a case-by-case basis. The report insists on “the existence of structural incompatibilities between Islam and the Convention which, as far as Sharia law is concerned, are sometimes absolute and sometimes relative” (§ 29). In fact, it is a coherent legal system, involving social and political structures. Admittedly, it is true that some Western Muslims choose not to apply Sharia law in its entirety and content themselves with following its requirements that are least incompatible with Human Rights. But it should be known that this practice is provided by Sharia law, which allows believers to derogate from its provisions “as long as the circumstances are not conducive to the establishment of Islam as the dominant religion and to the full application of Sharia law.”[6]

Moreover, it is not only the substance of the norms of Sharia law that contravenes Human Rights, but the very nature of these norms. The rules of Sharia law are essentially deduced from the Quran and the Sunnah (Tradition of the Prophet), and therefore of exclusively religious and revealed origin. The report recalls in this way that “the authority of Sharia law is derived directly from the Quran” (§ 9). The legal codification from texts considered sacred is carried out by the mujtahid and requires a process of interpretation and exegesis, called Idjtihad. The traditional Sunni schools of law consider that “the gates of Idjtihad are closed,” which stabilizes Sharia law and excludes the use of human reason. Moreover, Sharia law is not intended to apply only to Muslim minorities, but claims exclusivity,[7] with a multi-juridical system aimed at applying to all. Thus, Christians and Jews have a status of dhimmis, placing them in a state of legal inferiority, and “kuffar” (polytheists, atheists or assimilated) must convert or leave the Dar Al-Islam (land of Islam). Moreover, as the report recalls, the apostasy of Islam is punishable with capital punishment (§ 14). Establishing such a legal system on the basis of a set of revealed norms is not compatible with the European Convention.

Complete and clarify the PACE recommendations to the Member States

The PACE, in several resolutions, has already indirectly opposed some Sharia provisions. In particular, it considered that “governance and religion should not mix” and that “States must require religious leaders to take an unambiguous stand in favor of the precedence of human rights, as set forth in the European Convention on Human Rights, over any religious principle.”[8] In addition, a resolution was passed to address the specific case of Western Thrace and recommends to Greece “to abolish the application of Sharia law – which raises serious questions of compatibility with the European Convention on Human Rights – as recommended by the Commissioner for Human Rights.”[9] The PACE has also repeatedly reaffirmed its commitment to principles that Sharia law contests, such as non-discrimination between men and women as well as between religious communities.

The draft resolution to be discussed on January 22nd, 2019 would complete and clarify the PACE recommendations to States. In particular, the text denounces “the fact that Sharia law – including provisions which are in clear contradiction with the Convention - is applied, either officially or unofficially, in several Council of Europe member States, or parts thereof” (§ 5). The draft resolution calls on the States concerned to “consider withdrawing from the Cairo Declaration” (§ 12.1), reiterates the need to abolish the application of Sharia law in Greece (§ 13.2) and to protect women from Sharia councils in the United Kingdom (§ 14.1, 14.4, 14.5, 14.6). More generally, the PACE, in such a resolution, would recall the fact that the right to freedom of religion does not imply the right to benefit from a legal framework of religious origin, parallel to the common law and in contradiction with Human Rights.

[1] PACE, “Freedom of religion and other human rights for non-Muslim minorities in Turkey and for the Muslim minority in Thrace (eastern Greece),” resolution 1704, 27 January 2010.

[5] PACE, Committee on Legal Affairs and Human Rights, “Compatibility of Sharia law with the European Convention on Human Rights: can States parties to the Convention be signatories of the “Cairo Declaration”?,” AS/Jur (2018) 46, 3 January 2019, § 4.

[7] Abdulaziz Sachedina, Islam and the Challenge of Human Rights, Oxford University Press, 2009, p. 77: “the main problem that haunts any religious system, including the Shari’a in a multifaith situation, is its claim to exclusive loyalty (…). [The Shari’a] simply divides the populace into Muslim members, with full privileges, and non-Muslim minorities, with protected status under its divinely ordained system.”