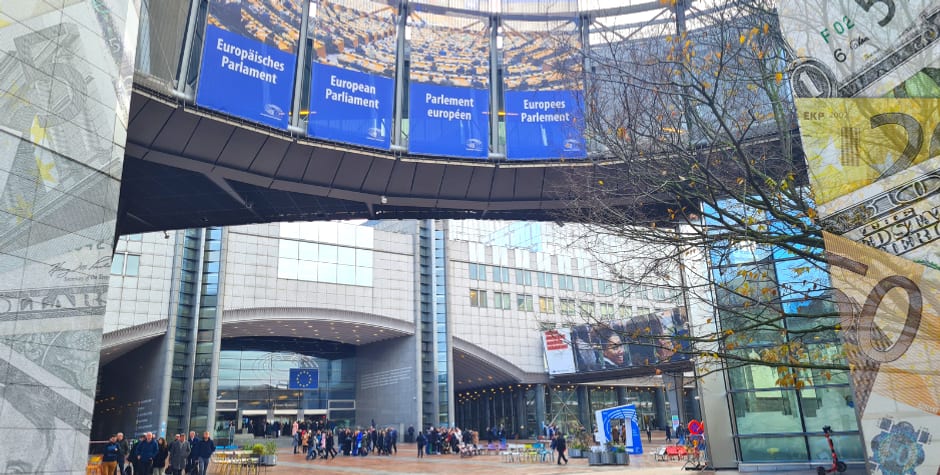 Translation of an Article published in Valeurs Actuelles on December 22, 2022.

"M.I.C.E." stands for Money, Ideology, Compromission and Ego. These are the levers of corruption: money, ideas, sex and power. The 'C' also refers to coercion. Of all these levers, venality is the most basic, but it still works, as the scandal of the suitcases of cash found in the possession of Greek MEP Eva Kaili and her entourage, suspected of having been paid by Qatar, proves.

This scandal follows the "Caviargate" scandal which in 2017 hit another European body, the Parliamentary Assembly of the Council of Europe (based in Strasbourg), where MPs received millions of euros from Azerbaijan. An ambassador to the Council of Europe told me at the time that about 120 members of this assembly would be "bound" in this way and that some votes were enough to demonstrate this. This explained, according to him, the impossibility of having the Council of Europe commemorate the centenary of the Armenian genocide, or the failure of a draft report on political prisoners in Azerbaijan. More prosaically, it appears from a financial statement published by the Council of Europe that Qatar has also paid the organisation around €600,000 between 2018 and 2019.

More vehemently than the Council of Europe, the European Parliament has promised to fight corruption. This is all well and good, but the fight should also extend to ordinary, everyday corruption. Here are some examples.

At the bottom of the ladder, there is 'per diem' fraud, which is very widespread and consists of a Member not declaring his or her residence in Brussels in order to receive the 300 euros in travel allowances per day of presence in Parliament. 6 000€ is added each month to the 35 000€ received by each MEP to cover his or her salary, those of his or her staff, and office expenses. Another practice is cross-hiring, whereby two MEPs recruit each other's relatives in order to circumvent the ban on nepotism.

Another practice that should be investigated is the 'revolving door'. The result would be edifying. This consists of a politician becoming an employee of the sector he or she previously regulated, or even preparing for this recruitment by doing his or her future employer a favour. This is quite common, given the precariousness of political mandates. We remember the case of José Manuel Barroso being recruited by Goldman Sachs in 2016.

Even more serious is the practice of taking over a Member of Parliament by ego. It is not necessary to pay him directly, it is enough to flatter him while putting him at the service of your interests. For example, an influential group will invite MEPs on a 'mission' or to a conference, put them up in top hotels, give them positive media coverage, offer them a progressive cause to defend or expert advice on a specific issue, and even write draft parliamentary reports for them. In this way, an MEP can pride himself or herself on becoming a reference on an issue.

The ECLJ has revealed such practices in the case of UN experts. Between 2015 and 2019, 37 of them received more than $11 million from, mainly, the Ford Foundation, George Soros' Open Society and anonymous donors, with the 'altruistic' aim of 'helping' them to write official reports on this or that specific topic, by offering them an indirectly funded prestigious position, study trips, a secretariat, logistical support, etc. Needless to say, no mention of this 'assistance' appears in the final UN reports.

These "philanthropic" foundations pour billions of dollars each year to "support" causes, which often, in turn, serve the interests of their leaders. The case of the Gates Foundation is well known: it allows its patron to tax-exempt part of his income while financing and orienting public health policies, even though he is a shareholder of pharmaceutical companies. This method of influence is much more elaborate and less risky than cash bags; and those who are subjected to it imagine that they owe their success only to their own talent.

ECHR: Expulsion of an Iraqi TerroristBy Nicolas Bauer1673003700000
In 2020, the ECLJ intervened in two cases involving the deportation of jihadists to their countries of origin. We were a third party to the European Court of Human Rights (ECHR). In February 2022,
Read More
More Related Articles