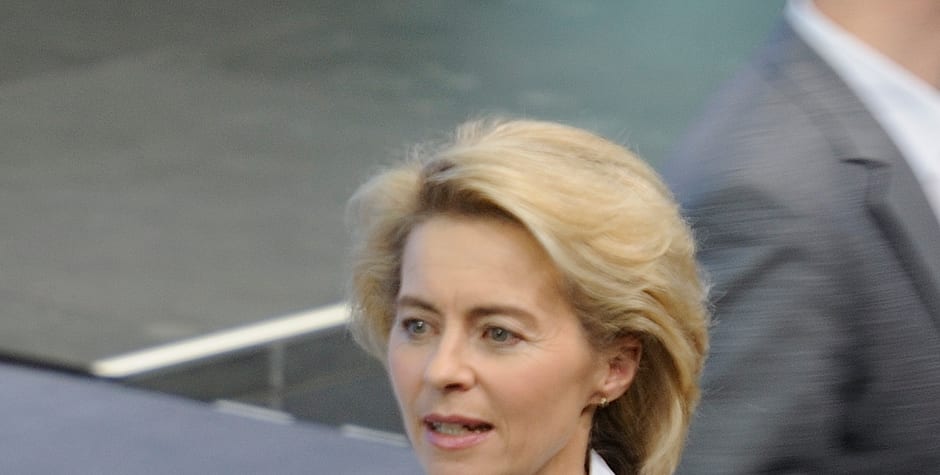 By Pablo Martens, associate fellow at the l'ECLJ.

"If things go in a difficult direction [in Italy], we have tools".[1] This worrying and threatening sentence was pronounced two days before the Italian elections by the President of the European Commission Ursula Von der Leyen. A few days earlier the Commission had announced its proposal to make payments to Hungary conditional on certain reforms,[2] even though EU funds represent several percentage points of Hungary's GDP.

When it comes exclusively to defending the functioning of the internal market, the European Commission has the right - if not the obligation[3] - to intervene. The problem is everything else.

The vague notion of "European values" has been used by various Commissioners, including the President, and above all by the European Parliament, to link this coercive financial measure to issues that have nothing to do with economic management. There are dozens of examples, but some of the most striking ones occurred at the end of June 2021, when Hungary published its draft law on 'child protection'. The bill restricted children's access to certain sexual content without parental consent. Condemning this so-called "attack on European values", Commission’s Vice-President Jourova threatened Hungary with "financial consequences".[4] Following a well-paved path, the Polish constitutional court's decision limiting abortion in case of foetal malformation was the subject of similar ill-advised references by Ursula Von der Leyen. Neither abortion nor sexual morality issues seem to be closely linked to the Single Market (the legal basis for the Commission to speak of law-abiding state, as the Court reiterated).

Beyond these political statements and threats, infringement procedures and court decisions also need to be critically examined.  A direct reading of the texts under discussion brings many surprises. Indeed, the European institutions do not seem to have acted with the necessary rigour in this area. To give just a few examples, neither the Hungarian Enabling Act[5] governing the extraordinary powers of the state during the pandemic nor the provisions known as "Stop Soros" actually contained significant elements that were contrary to the current European acquis. Thus, in order to condemn Hungary for closing the Soros University in Budapest, the Commission and the CJEU[6] had to resort to the WTO rules on the supply of services (GATS), as they had nothing to reproach it with in terms of the organisation of university education. Even more exotic was the legal basis used by the Commission to address the issue of child protection and freedom of expression in matters of morality: Hungary was accused of restricting the economic rights of cross-border broadcasters of audio-visual programmes,[7] which in the Commission's view ought to take precedence over the moral and educational rights of children and their parents.

Neither case therefore seems to withstand objective legal analysis. The Commission and the EU Court have overstepped their roles, without any real legal basis. On the other hand, they have a lot of political support: the new EU members - Bulgaria, Romania, Malta, the Czech Republic, among others - prefer to look the other way; the wealthier states want reasons to reduce payments to the beneficiaries of the funds, in a context of growing debts that they do not want to assume; moreover, Poland and Hungary have imposed taxes on large-scale distributors and banks to regain control over their savings, which inevitably angered them...

Thus, in an attempt to preserve the "law-abiding state", the Commission did not hesitate to violate the principle of legality, by exceeding its competence. Centralising the control of the respect of EU values in Brussels inevitably subjects this control to purely political arbitrations. Thus is the EU developing control mechanisms of a political nature, where serious and strong institutions would apply mechanisms of a legal nature.

The Commission's focus on 'European values' is highly selective. For example, while the Dutch Rutte government had to resign in January 2021 because it had sent selective tax audits targeting the ethnic origin of families,[8] this fact does not appear anywhere in the annual reports on the law-abiding state in the Netherlands, published by the Commission.[9] Similarly, the previous left-wing Polish government had illegally appointed judges to the Constitutional Court, a fact never criticised by the Commission. It must be said that this government was led by Donald Tusk, who later became President of the European Council, another EU institution. The same applies in various states regarding the murders of journalists that have not been solved; the serious structural problems of embezzlement of European funds or money laundering; the serious government interventions in the public media -with Sánchez in Spain, for example, sacked two thirds of the directors of public television when he took office, etc.

It seems difficult to argue that the EU's activity in the field of the law-abiding state really responds to the defence of the fundamental principles of its legal system or its axiological references. The mechanisms for defending the rule of law are only intended to defend the interests of the European Commission in the face of growing criticism.

The interference of the European Commission in constitutional matters ends up politicising the fundamental values of the European process, and creating division. Nothing is more effective in dividing Europe than to claim that immigration or abortion rights are European “core values”.

The Chinese model of economic, legal and social control seems to be making its way into Europe through many channels; what was not easy to foresee was that the European Commission would be one of its main vectors through its ideological financial blackmail processes.

[2] https://ec.europa.eu/commission/presscorner/detail/en/ip_22_5623 “Commission proposes measures to the Council under the conditionality regulation”.

[3] https://data.consilium.europa.eu/doc/document/ST-10296-2014-INIT/en/pdf ; this report considered the reporting mechanism proposed by the Commission to be contrary to the Treaties in several key aspects.

[4] https://www.lemonde.fr/international/article/2021/07/08/loi-anti-lgbt-la-hongrie-tient-tete-a-l-union-europeenne_6087560_3210.html The Commission does not intend to release the EU recovery plan aid to Hungary if the government does not reverse its law.

[5] The absence of a temporary limit on extraordinary powers (which risked institutional blockage in case of a lack of quorum in the Parliament), was sufficiently balanced by other measures such as the strengthened powers of the Constitutional Court or the authority for the Parliament to decide the end of the extraordinary period. An interesting comparative study of the European Parliament:          https://www.europarl.europa.eu/RegData/etudes/BRIE/2020/649408/EPRS_BRI(2020)649408_EN.pdf