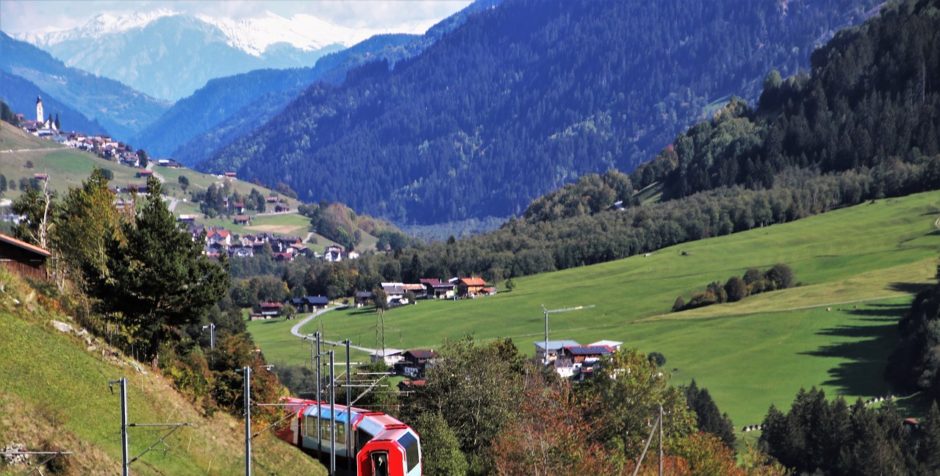 Vote for self-determination: Will the Swiss remain sovereign?

Will the Swiss remain sovereign?

On 25th November 2018 in Switzerland, a popular initiative proposing to place the Constitution above international treaties was rejected by a large majority. Carried by the SPP, it aimed to give the final say to votings against decisions of the ECHR judges, the European Union and the UN.

In Switzerland, direct democracy allows citizens to submit a “popular initiative” by referendum. Among those that will be voted on this Sunday 25th November, one is proposing to place the Constitution above international treaties: supported by the Swiss People’s Party, the Swiss “populist” party, this initiative for self-determination emerged because former initiatives could not be implemented because of Switzerland’s international commitment.

FIGAROVOX – This Sunday, Swiss people will have to decide whether they are for or against “self-determination”. What does it mean?

Christophe FOLTZENLOGEL: Swiss people are very proud of this democratic tradition, which allows them to take the initiative by collecting signatures to organize a popular voting or even to contest a law adopted by the Parliament by submitting it to a referendum. What is at stake on Sunday is the national sovereignty, the Swiss people’s capability to have the final say on questions of law or society when they directly express themselves.

According to the Swiss People’s Party (SPP), which supports this self-determination, treaties signed by Switzerland, especially with the European Union (EU), have prevented some popular votings from being correctly implemented. For example, on 28th October 2010, the Swiss had approved an initiative “for the eviction of foreign criminals”. Yet the Parliament did not respect this vote by invoking among others the free flow of people, which is an international commitment of Switzerland with the EU.

The goal of this initiative is therefore to say: the Constitution is above treaties and “foreign judges”, and if the people vote a constitutional change, this new rule is superior to ratified international treaties.

Is it possible to put the national law above international treaties? The government objected that this vote could “weaken the stability and the security of law”…

In international law, treaties and customary international law are considered to be superior to Constitutions. The European Court of Human Rights (ECHR) places itself above national Constitutions; the Court does not make any difference between a country’s law and a constitutional provision and have already condemned provisions adopted by referendum or popular initiative.

In reality, European governments too tend to put international law above the Constitution. For example, France ratified the Lisbon Treaty to continue European integration, despite the “no” at the 2005 referendum on a Constitution for Europe. Yet some provisions of the Lisbon treaty were contrary to our Constitution.  Rather than amending the treaty, the government modified the Constitution… It was already the case in 1992 for the Maastricht Treaty and in 1999 for the Amsterdam Treaty. Therefore, in fact, the constitutionality review of a treaty is to verify what has to be modified in the Constitution to make it compatible with the treaty in question.

It is mainly because of the development of the European Union, which tries to fully become a federal state, that judges increasingly view international law as superior to constitutional law. In reality, the European Union is turning into a state with an executive, a Parliament, a budget, a single currency and states such as France, Spain and to some extent Switzerland, which adapt to the demands by becoming “euro-regions”. Therefore, a victory of the “yes” would weaken more the European Union stability than Switzerland, to which this initiative claims a return to a classic legal practice.

But Switzerland is already outside many treaties:  in practical terms, what can this vote change?

Switzerland is indeed not in the European Union, but remains one of its privileged partners. Its imports and exports are significant, many cross-border workers come to work and many tourists spend their holidays there. Switzerland has signed thousands of treaties with its economic partners and bordering countries in order to manage all these relations.

It is quite unlikely that the SPP will demand the withdrawal from these treaties. Its hobbyhorse is mainly immigration, and not Swiss exports to China or pharmaceutical regulation with the Council of Europe. The SPP wishes also that treaties could be renegotiated when the situation changes. Jean-Luc Addor, a national adviser of this party, gives the example of wolf hunt. Switzerland signed an international treaty of wild life protection which classifies the wolf as a “strictly protected” species and prevent cantons to decide to allow or not its hunt. Yet cantons are best positioned to determine if damages caused by wolves require an intervention.  Many other examples could be given regarding pensions for cross-border workers, duty taxes, etc.

The change caused by a “yes” victory would give the final say to the people. If they vote a constitutional change, then the government will have to renegotiate or withdraw from treaties opposed to it.

This voting is a direct attack against the ECHR and its evolving interpretation of human rights. In several cases, the Court has condemned Switzerland for the expulsions of foreign criminals in violation of the respect of rights guaranteed by the European Court of Human Rights.

Even if it will probably be rejected, does this initiative reveals a sovereigntist trend in Europe?

For the SPP, there is a desire to preserve the democratic model based on popular sovereignty. There is a certain mistrust of the political class and the Swiss judges who sign and implement European agreements or decisions of the European Court of Human Rights.

I would compare their initiative to the frequent contestation of “Bruxelles’ elites” found in France and elsewhere. When a government has to adopt an unpopular reform, the explanation is often the same: “we do not have the choice, this reform has to be done because we have to apply a European directive”. Hearing national advisers, like the socialist Roger Nordmann, say that this initiative is dangerous for Swizterland which  would become unreliable on the international level, or Ms Fehlmann Rielle say that it would be a “serious image damage for Swizterland” reminds me of Jacques Chirac saying that France would become “the black sheep” of Europe if it said “no” to the referendum of 2005. I think that in Swizterland as in France, there is a real fatigue to be told that we cannot do that or that we have to do that because the European Union or the judges of the Court said so.

Could this sovereigntist approach inspire other countries?

It is more likely that Swiss in favor of the “yes” are the one inspired by other sovereigntist actions. Regarding European judges’ decisions, this initiative is in line with a law adopted in 2015 by the Duma putting the Russian Constitutional Court above the ECHR. Russia no longer forces itself to apply Strasbourg judges’ decisions if these are judged opposed to its Constitution (or its interests…).

Behind this popular initiative is also a will to keep the control and refuse to totally submit to “foreign judges” or despised institutions. In that respect, it relates to sovereigntist positions that Hungary, Poland and Austria actually have on globalization and immigration.

It is also necessary to point out that the system of the Swiss direct democracy is the most developed worldwide and only few European countries are able to organize referendums efficiently and easily.

Thus, France, which forbids burqa with a law adopted in 2010, has just been criticized by the United Nations Rights Committee as violating the freedom of religion.

It is an additional example of what Oskar Freysinger, from the SPP, is asking for: “Swiss people, do you want to continue to be sovereign and decide your fate by yourself, or do you want to put it in the hands of a few group of judges, who, at the top, will dictate what you have to do?”