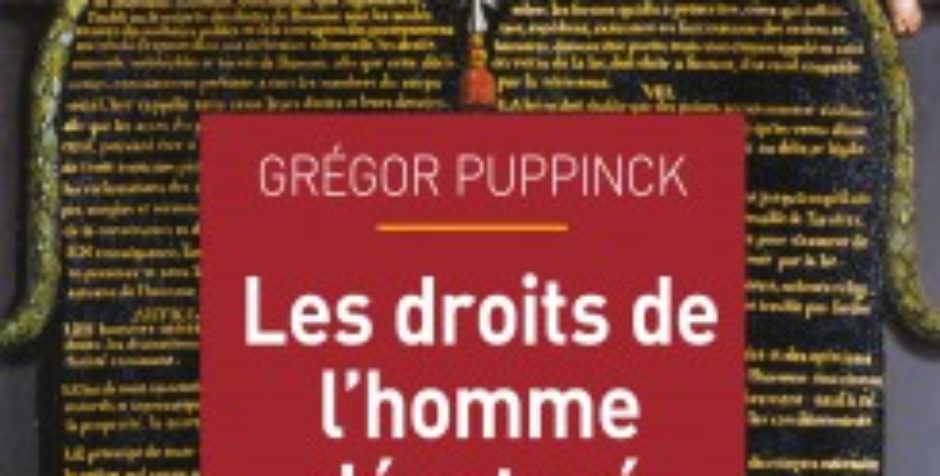 A book to understand the evolution of Human Rights

This book is for the moment available in French, but shall be translated into English. We will of course let you know you as soon as it is available in English.

We are happy to present its foreword.

70 years after the Universal Declaration, the human rights overwhelmed the political symbolism and the legal world. They revolutionised institutions, both national and international, in imposing a universal moral focused on individual rights, through the tighter and tighter web of a network of institutions in charge of guarantying its respect to every human being. Human rights have become, during the XXth century, a universal philosophy expressing a conception of Man. This book analyses the transformation of this conception of Man through that of his rights. To this end, it compares the original intention of the writers of the Universal Declaration of Human Rights, as it appears in the archives of 1948, with the evolving interpretation made since by the international bodies.

Criticising the Human Rights is a difficult task, with so wide a field, both legal, philosophical and political. Two pitfalls threaten this task: the first, that of philosophers, consisting in wanting to deduce reality from theory, the second, that of jurists, consisting on the contrary in giving too much theoretical importance to factual observations. To avoid both pitfalls, we will study the transformation of human rights one step after the other, following the evolution of the jurisprudence of international bodies, particularly the European Court of Human Rights. We shall not draw any conclusion which could not be deduced from this observation. The advantage of the law is that it is a rational subject, which falls within time throughout a succession of normative texts drafted with great care. These texts are rich and always include multiple social, philosophical and political dimensions. The analysis of the evolution of Human Rights makes it possible to objectively observe the evolution of the idea that international bodies have of Man, which is very significant.

I am aware indeed that one can make jurisprudence say a lot regarding Human Rights, for it is so abundant and sometimes contradictory. Besides, it is a reproach that it often receives. But it is still possible to distinctly observe a coherent –if not conscious- evolution of Human Rights. One after the other, the decisions of the European Court of Human Rights and of its colleagues progressively shape a puzzle showing a new image of Man. The vision of this image is what I wish to expose.

This analysis also lies on my personal experience among international bodies. As a legal expert and director of an international non-governmental organisation, the European Center for Law and Justice, I have been working for nearly twenty years on very numerous cases before the European Court and the bodies of the United Nations. I have taken part, since 1999, often as a representative of the Holy-See, in intergovernmental expert committees in charge of negotiating and writing new developments of the Human Rights. I have thus closely followed and often directly taken part in most of the controversial cases mentioned in this book. From this experience, case after case, I propose a global understanding of the evolution of Human Rights.

It is indeed not so much a criticism as a vision of the current and future evolution of Human Rights that I wish to share. More precisely, this book analyses the evolution from the "human rights" of 1948 to the "individual rights" of the last twenty years, and finally to the "trans-human rights" which are being developed today. This evolution reflects that of Man's relationship with nature. Whereas the Human Rights of 1948 were natural rights, the assertion of individualism generated new anti-natural rights, such as the right to euthanasia or abortion, leading to the emergence of trans-human rights that guarantee today the power to redefine nature, such as the right to eugenics, to a child, to gender reassignment, etc. To go deeper, this evolution reveals a significant transformation of the conception of human dignity, which tends to be reduced to the sole individual will or spirit, as opposed to the body, and which considers the rejection of nature as an emancipation and a progress. Finally, this book shows how the current Human Rights support transhumanism and contribute to overcome representative democracy. Further, I wonder about what in Man deserves to be protected, in what lies our humanity.