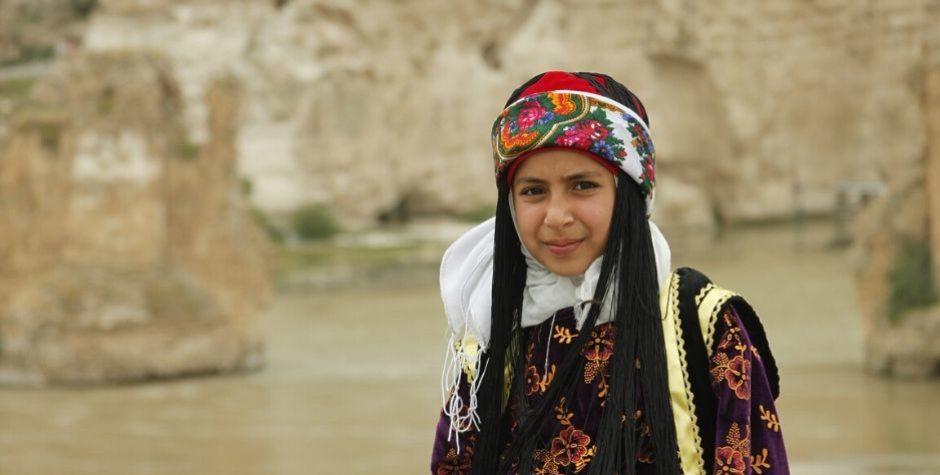 Should the protection of the right to cultural heirloom in Europe be exclusive to minorities?

The right to cultural heritatge

Reflections on the Anhubay and Others v. Turkey judgment of February 21, 2019

The Anhubay and Others v. Turkey judgment of February 21, 2019 by the Second Section of the European Court of Human Rights[1] gives a controversial contribution to the debate between the rights of the majority and those of the minority in contemporary European states.

"to consider that there is a European and international community of opinion on the need to protect the right of access to cultural heritage. However, it must be noted that this protection is generally aimed at situations and regulations concerning the right of minorities to freely enjoy their own culture and the right of indigenous peoples to conserve, control and protect their cultural heritage" (paragraph 23 of the judgment).

It would have been desirable for the Court to explicit the distinction it makes between "a European and international community of views" that would exist to protect the right of access to cultural heritage and a "European consensus" that would not.

Let us resume the facts at the origin of this case, as they appear on the website of the European Court of Human Rights.

In 1954, the Turkish National Water Administration ("the DSİ") began studies on the Ilısu project to build a dam and a hydroelectric power station on the Tigris River. This project threatened the Hasankeyf site, cradle of an archaeological and cultural heritage of more than 12,000 years. In 1978, "hundreds of remains and monuments of Hasankeyf were officially classified as 'archaeological site of the first degree', with the aim of safeguarding the cultural and historical wealth of the region" (paragraph 4 of the judgment). However, these vestiges were located on a site that was to be the subject of a vast industrial and economic development project. This necessitated, as the judgment points out: "that the monuments that were to be buried by the waters of the dam be dismantled and relocated in order to be restored to their original state and position in a national cultural park" (paragraph 6 of the judgment). Such a removal was not without raising legitimate questions as to the conservation and protection of this archaeological and cultural heritage. Appeals for annulment of the project were then brought before the Turkish administrative courts. The procedure, recalled by the judgment of the European Court, ended with a judgment of the Turkish Council of State dated July 6, 2013. The European Court of Human Rights was then referred to by five applicants: Ms. Ayşe Zeynep Ahunbay and Messrs. Abdulkerim Metin Ahunbay, Mehmet Oluş Arık, Özcan Yüksek and Murat Cano, all of Turkish nationality and involved in various works and projects that concerned the Hasankeyf archaeological site.

In support of their request, they invoke Articles 1, 2, 5, 8, 9, 10 and 14, as well as Article 2 of Protocol No. 1 to the Convention. From these articles, they deduce an unknown right to the protection of cultural heritage, because Hasankeyf, which is of great "historical and scientific importance", not only for them, but also for humanity, is threatened. They are admirable vestiges of the "European civilization", a European civilization in which the human rights guaranteed by the Convention take on their full meaning. Echoing the Declaration of the Rights of Humanity adopted at the COP21 summit in Paris in 2015, they argue that the right to cultural heritage is not only guaranteed to an individual or a group of people, but to humanity as a whole. Certainly, the argument is not without interest in the light of current thinking on the recognition of rights proper to a new holder that would be Humanity.

In support of their argument on the "civilizational contextualization" of human rights, they underline the risk of disembodied human rights, cut off from any cultural or popular roots.[3] It is known that such a disconnection feeds the trial that can be made of human rights[4] on the grounds of excessive and destructive abstraction. We also recall the words of Joseph de Maistre in his Considerations on France: "There is no man in the world. I have seen, in my life, French, Italians, Russians... I even know thanks to Montesquieu that one can be Persian: but as for man; if he exists, it is well without my knowledge"[5].

Escaping the delicate subject of the historical and cultural integration of human rights, the European Court of Human Rights invokes other instruments of international law to declare that "the rights linked to cultural heritage appear intrinsic to the specific status of the individuals who benefit from them, in other words, to the exercise of the rights of minorities and indigenous peoples". This decision clearly makes the rights of minorities prevail over the rights of the majority and tends to weaken the defence of the majority culture of a people or a country. Xavier Bioy recalls that "national, religious and regional minorities claim rights, most often cultural (language, education, expression), but also political (quotas in elections or in representative assemblies)."[6] The minority is defined within "the majority nation that is different".[7] In Chapman v. The United Kingdom of January 18, 2001, the Grand Chamber of the European Court of Human Rights had already ruled: "The Court observes that there may be said to be an emerging international consensus amongst the Contracting States of the Council of Europe recognising the special needs of minorities and an obligation to protect their security, identity and lifestyle (see paragraphs 55-59 above, in particular the Framework Convention for the Protection of National Minorities), not only for the purpose of safeguarding the interests of the minorities themselves but to preserve a cultural diversity of value to the whole community" (§ 93)[8]. The Court extends its reasoning in the judgment here annotated.

In support of its argument, the Court observes: "to date, there is no 'European consensus' or even a trend among the Member States of the Council of Europe which might have required a reconsideration of the scope of the rights in question or which would have allowed a universal individual right to the protection of a particular cultural heritage, as claimed in the present application, to be inferred from the provisions of the Convention". It would have been interesting if, in the very body of its decision, the Court had recalled, as it sometimes does, extracts from legislation or case law from foreign laws which would have, contrary to its rapid argument, testified to numerous legal developments concerned with the protection of the heritage resulting from the majority historical culture (§ 25 of the decision).

In our view, this decision gives rise to three main reservations:

On a regional level, this international cooperation also takes place within the framework of the Council of Europe, within which the Council of Europe Convention on Offences relating to Cultural Property was adopted in May 2017, whose second recital of the Preamble states: "Convinced that the various cultural objects belonging to peoples are an important and irreplaceable testimony of their culture and identity and that they constitute their cultural heritage"[14]. [14] Opened for signature on May 17, 2017, this convention has so far, as of March 26, 2020, only been ratified by Cyprus and Mexico. Five ratifications are required for this convention to enter into force. The latter specifically deals with the criminalization of illicit trafficking in cultural property. It "defines several criminal offences, including theft, illegal excavation, illegal import and export, and the acquisition and marketing of such property. It also criminalizes the falsification of documents and the intentional destruction or deterioration of cultural property".[15].

Against this backdrop, the Court has been seen to be more legally daring.

3. on a more political level, the Court's reasoning is likely to fuel an "immaterial populism", to use Dominique Reynié's expression, in the European States. He estimated as follows: "For my part, I am convinced that the "lifestyle" what I call "intangible heritage" has taken precedence over economic considerations. This year we are commemorating the birth of Marx, but it is now the intangible that governs politics. As can be seen in Central and Eastern Europe, there is no determination between economic crisis and populist vote. In Italy the vote is above all "anti-system" against "la casta" as Beppe Grillo puts it." [16] This "lifestyle" is naturally in keeping with a cultural, historical and religious heritage that alone can give meaning to a "living-together" that the Council of Europe is calling for.

12] France has not ratified the 1995 UNIDROIT Convention.

13] Law 2006-791 of July 5, 2006 authorizes the approval of the international convention for the safeguarding of the intangible cultural heritage.