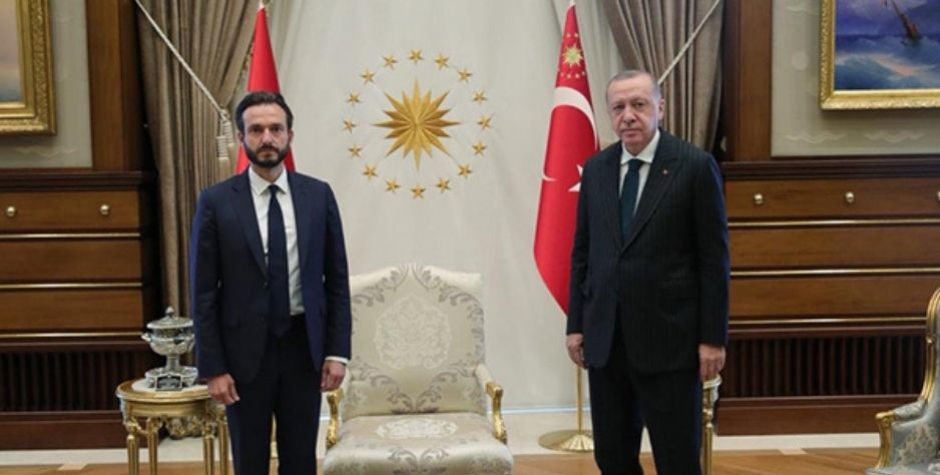 The President of the European Court of Human Rights, Roberto Spano, visited Turkey on 3 and 4 September at the invitation of President Recep Erdogan. Many NGOs and opposition figures criticised him for this visit, and in particular for having accepted an honorary doctorate, at a time when the Turkish regime is under international criticism for its authoritarian drift. Gregor Puppinck, PhD in Law and Director of the European Centre for Law and Justice(ECLJ), answers the questions of Valeurs actuelles.

In your opinion, why did the President of the ECHR wish to visit Turkey and meet the authorities?

It is part of the duties of the President of the European Court to maintain protocol relations with the authorities of all Council of Europe member states. Turkey has been one of them since 1954. He usually receives them in Strasbourg. Going to Turkey is a risky step given the tense political context, marked by the repression of its opposition and the provocations of its leaders against Europe.

Mr Spano met President Erdogan, senior Turkish judges and academics. He preached respect for human rights, democracy and the rule of law, stressing the importance of the independence of universities and the judiciary, observing that "those in power cannot control the courts". He also advocated "freedom of thought, conscience and religion", which is welcome as the Turkish regime is Islamising society. However, he did not mention the massive purges carried out by the Erdogan regime within the administration and civil society. Yet tens of thousands of people were imprisoned for political, ethnic and religious reasons following the failed "coup" of 2016. The administration has been purged, hundreds of judges have been arrested, thousands of others were dismissed…

One can understand and support the desire to "preach in season and out of season", and to do so into the heart of a hostile regime, in the hope of sowing justice and "converting" it. But we must not be naïve. There is both a prophetic and a pathetic dimension to this approach, because all European politicians know that the Turkish regime does not care about this kind of discourse, which it knows by heart and widely despises. The Turkish regime acts to extend its power and is not about fine words. For Erdogan, in the end, this visit enhances his own image, proves that he is still reputable while he systematically violates human rights and international law. It is duplicity and manipulation.

Mr Spano was also strongly criticised for accepting an honorary doctorate from Istanbul State University. Why was this problematic?

Yes, even the Agence France Presse reported it as a "controversial visit". It is indeed surprising that a president of the ECHR accepted an honorary doctorate - the highest academic distinction - from a university in which 192 professors were brutally dismissed following the 2016 putsch. According to several NGOs, including Human Rights Watch, it was the university management itself, in cooperation with the intelligence services, that drew up the blacklist of academics to be purged. A climate of fear and censorship now prevails in Turkish universities. Altogether, more than 5,000 academics have been dismissed, imprisoned, deprived of their passports... One of them, the economist and writer Mehmet Altan, wrote to Spano about the doctorate: "I am not sure of how rejoicing it is to become an honorary member of an institution that has condemned hundreds of academics to unemployment and poverty by unfairly firing them." Several NGOs and Turkish dissidents had yet implored Spano to refuse the honour, seeing it rather as a compromise.

In the face of criticism, President Spano explained that he accepted "this honour from this very prestigious institution, which has existed for centuries, as it also gives me, as a former academic, the opportunity to underline the fundamental role of academic freedom and freedom of expression in a democracy governed by the rule of law". To which a Turkish judge in exile, Mr Yavuz Aydin, replied that "this is no way to protect these values, but to ruin them, and with them the credibility of the Court". Mr. Spano also spoke of the importance of academic freedom but did not mention the thousands of professors who are victims of the regime.

The doctoral award ceremony was strictly supervised and attended by a few professors. No students were admitted, and journalists were excluded at the request of Mr Spano, according to the Turkish press. Similarly, no official press release was issued following the meeting between Mr. Spano and President Erdogan. Another sign of the supervision of this visit is that, according to local NGOs, no public meetings were planned with opponents or families of victims, or even with journalists critical of the regime.

Does this PhD also call into question the impartiality of the Court, in the same way as the links between judges and NGOs?

Acceptance of the PhD also poses an ethical problem as victims of the purges of Istanbul University hope one day to be able to bring a case before the ECHR. As Mehmet Altan writes in his open letter to President Spano: "Hundreds of cases are pending and will certainly reach the [European] Court in a few years. What image of the independence of the European Court has its President just given by accepting this award?". The victims' concern is understandable. In the present case, it would have been prudent to apply the ECHR rules of judicial ethics which prescribe that "Judges may accept decorations and distinctions only if this does not create reasonable doubt as to their independence or impartiality."

Relations between Turkey and the Council of Europe are particularly deteriorated. The regime has violated the rights of hundreds of thousands of people following the July 2016 coup. We have to be realistic: Mr Erdogan is an autocrat in a regime that today poses a serious threat to Europe. Turkey had joined the Council of Europe at a time when it still aspired to share European values. Times have changed. Today, Turkey would no longer be allowed to accede to the ECHR as it has strayed so far from its rules and principles. The Council of Europe hopes to get it back on the right track, while the Turkish regime uses the ECHR as a moral guarantee. But in reality, since the coup of 2016, thousands of Turks have been imprisoned without a fair trial. Only a profound political change in Turkey can change the situation.

What we can learn from this case is that it is very perilous for a judge to venture into the minefield of diplomacy. But this mixture of genres is the hallmark of international justice, whose function is more political than strictly judicial.