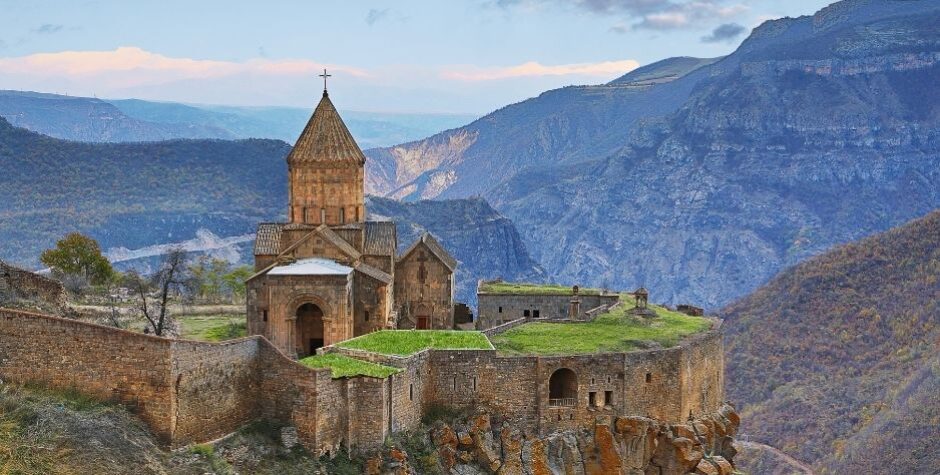 Markus Wiechel is a Member of Parliament (MP) in Sweden and a Member of the Parliamentary Assembly of the Council of Europe (PACE). He recently initiated a written declaration: “The deliberate destruction by Azerbaijani military forces of Armenian churches and other religious locations, including after the November 2020 cease-fire” (text below the article). This declaration was cosigned by MEPs from all political groups and many countries. Both Azerbaijan and Armenia are member States of the Council of Europe. Mr. Wiechel agreed to answer our questions.

ECLJ: Why did you initiate this written declaration?

Markus Wiechel: “We have seen so many war crimes in the conflict between Azerbaijan and Armenia and I was shocked to witness the lack of effort from various European countries when important Christian and cultural sites were attacked. I simply felt that someone had to take action in order to raise this important issue and the Parliamentary Assembly of the Council of Europe seemed like the perfect place for it.”

ECLJ: What impact do you expect on Azerbaijan?

Markus Wiechel: “I have already received critical comments from a number of Azerbaijani colleagues, which was expected. I hope that the Azerbaijani government will think of this declaration as a reminder that the eyes of parliamentarians from all over Europe are upon them. They should know that the initiative is supported by far more than the signatures formally attached to the declaration and that it is supported by colleagues from various political affiliations.”

ECLJ: What can the Council of Europe do to protect Armenian churches?

Markus Wiechel: “I truly hope that the declaration will raise the matter within different parliaments, but of course, also among the most influential representatives within the Council of Europe. Just by talking about this we will show the perpetrators that the eyes are upon them and that their actions will have consequences. If we see any form of intentional destruction of churches or other important religious or cultural sites, then we must be able to push for future repressive actions.”

Written declaration No. 722, 11 May 2021: “The deliberate destruction by Azerbaijani military forces of Armenian churches and other religious locations, including after the November 2020 cease-fire”

“We, the undersigned, declare the following:

We recall the Council of Europe’s vital mission of preserving Europe’s outstanding architectural heritage, as manifested in several conventions over decades, such as the 1985 Granada Convention for the Protection of the Architectural Heritage of Europe. In this treaty, which has been ratified by nearly all Council of Europe member States including Azerbaijan and Armenia, the parties undertake to “prevent the disfigurement, dilapidation or demolition of protected properties”, including places of worship.

We are therefore dismayed that, this notwithstanding, Azerbaijani military forces, possibly aided by special Turkish troops, have deliberately destroyed several churches and other locations of a Christian character in areas surrendered by Armenia to Azerbaijan, even after the November 2020 cease-fire in the conflict between the two sides over the Nagorno-Karabakh territory and certain other nearby areas.

We call on the Azerbaijani authorities and any others concerned to avoid any further violation of the Council of Europe’s Granada Convention, in the interest of reduced tensions in the region, and a better context for peaceful religious coexistence and development..”