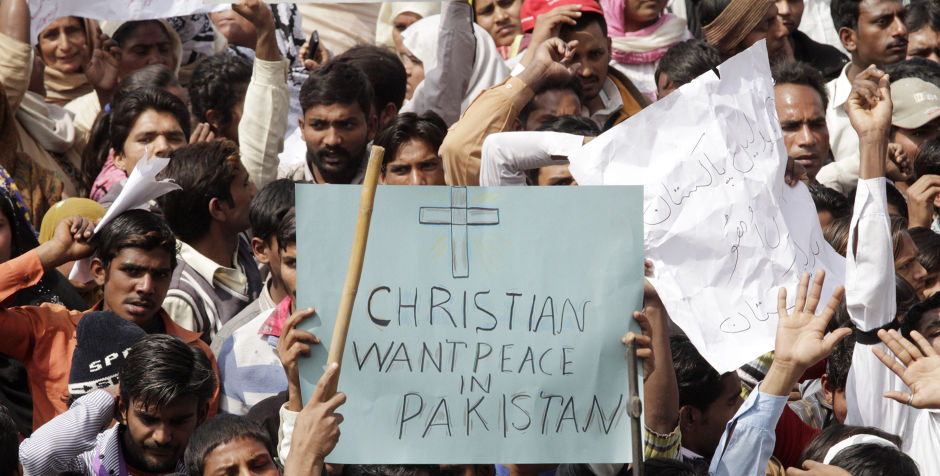 Victory in a Blasphemy Case in Pakistan

Victory in a Blasphemy Case (Pakistan)

The ECLJ is happy to inform you that our affiliate in Pakistan has successfully obtained a judgment of acquittal for our client, Pastor Karma Patras, who was falsely accused of blasphemy against Islam.

We have been representing Pastor Karma Patras, a resident of Sangla Hill in Pakistan since October 2012 when he was arrested and charged with Section 295-A of the Pakistan Penal Code (PPC). Section 295-A is part of Chapter XV of the PPC that covers offenses relating to religion or, commonly known as, blasphemy laws. Section 295-A punishes up to ten years in prison for “[d]eliberate and malicious acts intended to outrage religious feelings of any class by insulting its religion or religious beliefs.”

Fifty-five-year old Pastor Patras was arrested in October 2012, for allegedly speaking out against the Islamic ritual of sacrifice. On the day of his arrest, Pastor Patras was invited to address a funeral gathering in a nearby village in Sheikhupura. He addressed the gathering at the bereaved family’s home by sharing Jesus Christ’s sacrificial death and resurrection. After delivering the sermon, Pastor Patras went back to his home. A few hours later, the police arrived and arrested him. The pastor did not understand why he had been arrested. He was told that a Muslim man had accused him of speaking against Islam, specifically the Islamic ritual of sacrifice, during his sermon at the funeral. After Pastor Patras’ arrest, a mob of Muslim men surrounded the police station and demanded that he be handed over to them, but Pastor Patras had already been transferred to another location by that time. When the mob could not take hold of the pastor, the local Muslims told his family to leave the village or they would be set on fire.

Pastor Patras was released on bail in February 2012. On June 10, 2013, Khurram Shahzad Maan, an attorney and the Director of ECLJ’s affiliate in Pakistan, filed a petition of acquittal with the Judicial Magistrate’s court. The court summoned the Muslim complainant today, and he testified that he had mistakenly accused Pastor Karma Patras of speaking against Islam. Attorney Maan argued for Pastor Patras’ acquittal for lack of evidence. After hearing the testimony and the argument, the court accepted our petition and acquitted Pastor Karma of the charge.

Pastor Patras is very thankful for the support and prayers of all ECLJ members and the hard work of the team in Pakistan.

Shaheryar Gill is an Associate Counsel with the ACLJ in Virginia and oversees ECLJ’s work in Pakistan.