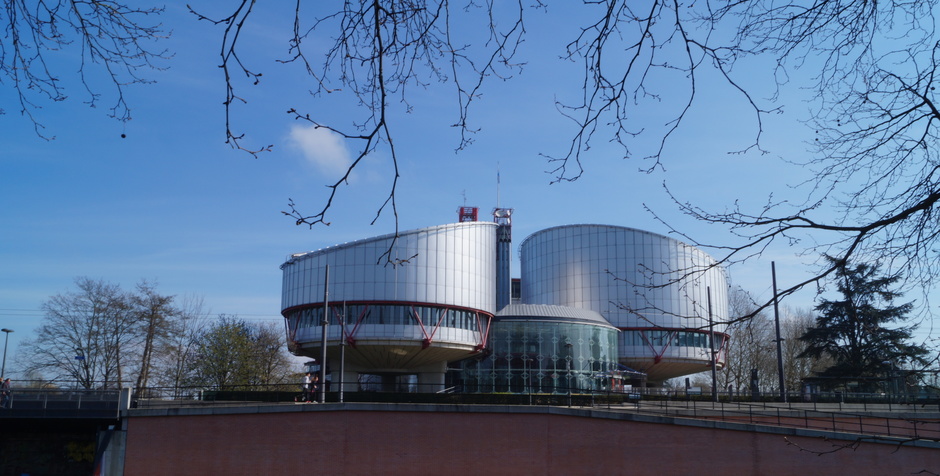 Marian Vitalie case: a Violation of Freedom of Expression in Moldova

Moldova: Violation of Free of Speech

In 2011, Marian Vitalie published on his website a list containing the enumeration of 8 public persons (the Moldova’s Ombudsman, 6 members of the Council of the National Radio-TV Institution and a law lecturer at a law university in Moldova), their photo and the quotation of their public previous declaration on LGBT issues, without mentioning their personal sexual orientation. In the same time, he informed the public of his website that he will censor any publication of indecent commentary or personal attacks.

The publication of the “List” was made in the context of the debate on the antidiscrimination law-proposal in the Republic of Moldova and in his quality of a Christian militant, wanting to inform the general public on the option of the public servants, persons and politicians regarding their support for the LGBT movement. The persons listed and quoted in the article never complained

Although the publication does not mention or concern them directly or indirectly, GENDERDOC-M, the LGBT lobby in Moldova, and one of its lesbian members, knowing that Marian Vitalie is a Christian militant opposing to LGBT claims in the Moldova, brought a civil suit against him. Basing their action on the Law no. 64/2010 on the freedom of expression and on the Article 14 of the European Convention of Human Rights, they accused him, inter alia, of speech that incites to hatred and discrimination against homosexual persons. They considered, inter alia, that “the purpose of the list is to stigmatize, to ridicule and to humiliate the homosexuals and the public persons” and contested his religious beliefs, saying that he cannot hide behind them to discriminate homosexuals. Therefore, the claimants requested the deletion of the “List” from his website, the ban of any further publication of the “List” under a different form, the publication of public apologies on his website, the costs and expenses and non-pecuniary damages.

On 12 February 2013, Rescani Court of First Instance allowed partially the claim, condemning Marian Vitalie for “speech that incites to discrimination against homosexuals”. It considered that by publishing this information on his website “he treated the claimants and the members of LGBT community less favorably on the grounds of sexual orientation”. Therefore, he was obliged to delete the information from his website, to abstain from any further publication, modification or renaming of the information, to apologize publicly to the claimants on his website and to pay the costs and expenses. To arrive to this conclusion the Court considered that the litigious information does not relate to the “public interest”, as it does not serve to inform the public opinion, but rather to form a certain attitude – “negative, intolerant towards the phenomenon and persons having a homosexual orientation”- and thus being incompatible with the values promoted by the European Convention of Human Rights. The Court further noted that the publication of this information incites to discrimination against homosexuals, because of the reaction of the visitors of the website and of the fact that the lesbian person suing Marian Vitalie “showed herself disturbed”. Applying Article 17 of the Convention (abuse of rights), the Court concluded that Marian Vitalie abused of his right to freedom of expression, destroying the rights of others guaranteed by Article 14 of the Convention. The claim on non-pecuniary damage was dismissed, as the Court observed that it was not proved and it considered that the finding of a violation constitutes a sufficient redress. The complaint of the claimants regarding the alleged public statement of Marian Vitalie on homosexualitywas dismissed.

Considering the condemnation of Marian Vitalie a violation of the Convention, the ECLJ offered him legal support on the case-law of the ECHR during his trial before the Court of Appeal and Supreme Court and also in the drafting of the application that will be introduced before the European Court of Human Rights.

ECLJ views in the obligation of Marian Vitalie to delete the information and in the total ban of publication, republication, modification or renaming it a violation of his rights to freedom of expression and freedom of conscience and religion, as well as of his right to a fair trial.
Firstly, it is a violation of his right to freedom of expression. According to article 10 of the Convention, everyone enjoys the right to freedom of expression, namely to impart information and ideas even if they offend, shock or disturb the state or any sector of the population. The freedom of expression is highly protected if the one who expresses is a militant and if the information conveyed is of a public interest or if it appertains to the political debate. Or, Marian Vitalie, as a Christian militant, in the context of the debate of the antidiscrimination law-proposal in Moldova, published on his website a list of public persons, their photo and the quotation of their public statement on LGBT issues. He was within the limits of his right to freedom of expression. He did not comment it, make value judgments or slander this community or any other persons. The persons on the List never complained. The List was just a catalogue and it could have also served to the LGBT community. It contained pure public and objective information that already existed in the public domain. The internal courts arbitrarily decided that the information was not a question of public interest, as the general public is always interested in the opinion of the public servants and politicians on different societal issues. It is the public’s right to receive such information and Marian Vitalie’s to impart it. Moreover, the publication of this information is a part of the public debate in Moldova on the antidiscrimination law-proposal.

Under the same article of the Convention, the state and its authorities have the obligation to protect the freedom of expression, not only by not interfering with this right, but also by taking necessary measures to protect this right and even in the relations between individuals. If a state can limit this freedom, this limitation should be provided by the law, pursue a legitimate interest, be necessary in a democratic society and proportionate with the facts of the case and the aim pursued. In the case of Marian Vitalie, those conditions were not fulfilled. He was condemned without a legal basis, as the Law no. 64/2010 on the freedom of expression does not condemn speech that incites to discrimination, as alleged in this case, but only the speech that incites to hatred and violence. Other conditions imposed by the Law no. 64/2010 in order to introduce a civil suit were neither fulfilled by the claimants.

There was no legitimate aim either, in order to justify the restriction of this fundamental right. The courts did not identify in concreto the “rights of others” allegedly protected by this measure. They just considered that one of the claimants “showed herself disturbed”, as if a right not to be disturbed would have been be protected by the Convention.

The sanction of Marian Vitalie was unnecessary in a democratic society and disproportionate, comparing it with the facts reproached to him and the purpose pursued by the authorities. The rights of LGBT community could have been protected otherwise than by imposing such a severe sanction on Marian Vitalie. Nevertheless, the internal courts imposed on Marian Vitalie an absolute and total ban on publishing the information which even if it is a civil sanction, it has a strong chilling effect on the freedom of expression on issues of public interest. It is to be noted that GENDERDOC-M brought four other civil suits against other persons on the same issue. A similar case concerning the freedom of expression, in which the applicant was ordered by the internal courts not only not to distribute leaflets, but also to delete from its website a list of doctors that practice abortions, was communicated by the ECHR to the German Government for observations (Annen v. Germany, application no. 3690/10). This means that such sanction could raise a human rights issue under the Convention.

Although according to the case-law of the ECHR, the right to freedom of expression and the right to private life deserve equal respect under the Convention, the internal courts protected only an abstract right to private life of the “LGBT community”, as it was not proved by the claimants and reasoned by the national courts which rights of the “LGBT community” and in which way they were interfered with. As to the right to freedom of expression of Marian Vitalie, the courts arbitrarily applied Article 17 of the Convention (abuse of rights), concluding that he abused of his right, destroying the rights of others guaranteed by article 14 of the Convention (prohibition of discrimination). The ECHR never applied Article 17 of the Convention to individuals who are using their right to freedom of expression to defend family and to propose moral values in the society, but only to persons who instigated to ethnical, racial and religious discrimination or to a speech against justice and peace.

ECLJ hopes that the ECHR, receiving the application of Marian Vitalie, will take the opportunity to reaffirm the rights to freedom of expression, conscience and religion of individuals in Europe, especially on sensitive issues.