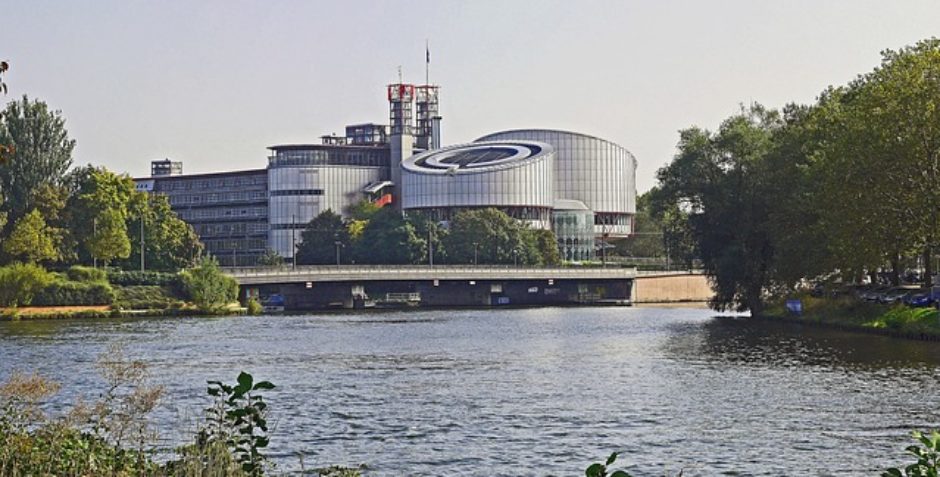 Blasphemy against Muhammad: will the ECHR reconsider its decision?

Blasphemy on Muhammad: A New Hearing?

Perhaps you remember the E. S. v. Austria decision of the European Court of Human Rights (ECHR) which, on October 25, shocked many people? The Strasbourg Court then, against all odds, validated the conviction of an Austrian lecturer for “denigrating” Muhammad by comparing his union with young Aisha to “paedophilia”.

This article was published in French on the FigaroVox, 15 February 2019. Crédit photo:© Council of Europe

The Court has given this judgment the status of “key case”, that is to say, a reference clarifying its future jurisprudence. I had the opportunity to draw attention to this decision and criticize it right here.

Yet this case has just undergone a new development. The applicant, Mrs Elisabeth Sabaditsch-Wolff, has asked the European Court to re-try the case in the Grand Chamber, that is to say before the most solemn formation of this Court. What is rare, she is supported in this process by the more than 50,000 signatories of a petition for the right to criticize Islam in Europe. This is an exceptional procedure which is accepted only in 5% of the cases, where the Court considers that is at stake “if the case raises a serious question affecting the interpretation or application of the Convention or the Protocols thereto or a serious issue of general importance”. This is clearly the case of E.S. v. Austria. The decision regarding the referral will be made soon. It is to be hoped that the Court will accept it, as there are several serious grounds for that.

Summary of the facts

In 2013, the Austrian Supreme Court sentenced a woman for publicly questioning: “a man of fifty-six with a six-year-old girl (...) What is it, if not paedophilia?” The speaker, recalling proven historical facts, spoke in front of thirty people at a seminar entitled “Elementary Knowledge of Islam” She wanted to warn about the practice of marriage of prepubescent girls in the Muslim culture, following the example of Muhammad who had married six year-old Aisha and consummated this marriage when she reached 9 years. She was denounced by a journalist present in the room, then convicted on the basis of a criminal provision prohibiting blasphemy in substance.

She then turned to the ECHR, which, to everyone’s surprise, accepted the arguments of the Austrian courts and validated the conviction by a unanimous judgment on 25 October 2018. The seven European judges then considered that this woman did not so much seek to inform the public objectively as “demonstrating that Muhammad was not a worthy subject of worship”. In support of this conviction, the Court held that insinuating that Muhammad was a “paedophile” would be a “generalisation without factual basis” on the grounds that he continued his relationship with Aisha for years and had married older women. According to the Court, these remarks were “likely to arouse justified indignation” of the Muslims and constitute “a malicious violation of the spirit of tolerance, which was one of the bases of a democratic society” capable of “stirring up prejudice” and “putting at risk religious peace”. These remarks could therefore be condemned for inciting religious intolerance. To say it simply, the speaker was sentenced for comments deemed Islamophobic.

Apart from some Muslim organisations and authors, all commentators were shocked by this decision. And rightly so. Firstly, by the mere fact that it completely relativizes paedophilia and violence imposed on a 9 year-old girl. Secondly, because this decision severely limits the freedom of expression in religious matters, which makes it possible to convict a person not because of the content of his intention, but because of the intentions that are attributed to him. Is it not absurd to subject freedom of expression to benevolence? Especially when benevolence is likened to harmlessness.

This infringement of freedom of expression is explained by the new “positive obligation” imposed by the Court on states “of ensuring the peaceful co‑existence of all religions and those not belonging to a religious group by ensuring mutual tolerance”. Thus, any statement, even true, would become reprehensible as religious intolerance as long as it would be likely to provoke social tensions ... This is an abdication of the European critical spirit; the support of a potential condemnation of any secular or Christian proselytism against Muslims. Yet this proselytism is more than ever necessary!

This decision is also sad news for all those who, among Muslims, hope to find in Europe the protection to brave the Islamic ban on criticizing Islam and reinterpreting the Qur'an and hadith.

Finally, this decision was dictated by the fear of Muslims. The Court expressly says so: the Austrian authorities were right to condemn these remarks in order to preserve the “religious peace” in Austrian society. The criterion of acceptability of a speech is no longer the truth but the violence it can arouse. Moreover, it is not so much the violence of the contentious statement as the potential of those who claim to be offended which delimits the freedom of expression. On this account, a few excited only have to declare themselves offended and to be threatening to justify the censorship of their opponents.

This decision stands out clearly from the recent judgments of the Court. Previously, the Court had established the principle that freedom of expression protects words that “offend, shock or disturb” and that freedom of religion does not confer the right “to see religion protected from negative comment.” Moreover, it had recognized to believers the obligation to “tolerate and accept the rejection by others of their religious beliefs and even the propagation by others of doctrines hostile to their faith.” On that basis, it had guaranteed the freedom of expression of anti-religious messages. Last year, it gave its protection to the famous “Pussy Riot”, the punk band condemned in Russia for organizing a “performance” in the choir of the Moscow Cathedral with cries including “shit, shit, shit L***”. It also held that Lithuania could not sanction the dissemination of blasphemous advertisements presenting Christ and the Virgin Mary as tattooed and lascivious junkies.

Compared with these precedents, the decision E. S. v. Austria seems particularly unfair. And one is astounded to find that rational criticism of religion is less protected than antireligious obscenity.

Of course, there is no reason to elevate blasphemy and vulgarity to a human right! There is no “right to blasphemy” but a right to freedom of expression with responsibilities and limitations. Only the dissemination of free offensive obscenities as well as the incitement to immediate violence should be restricted. Obscenity and incitement to violence must be censored, but not criticism. However, in 2018, the European Court did precisely the opposite: it censored the criticism of Islam and protected obscenity against Christian symbols.

It is therefore urgent that it reconsiders this decision.

* The ECLJ was the only organization authorized to intervene in this case, submitting written observations to the Court.