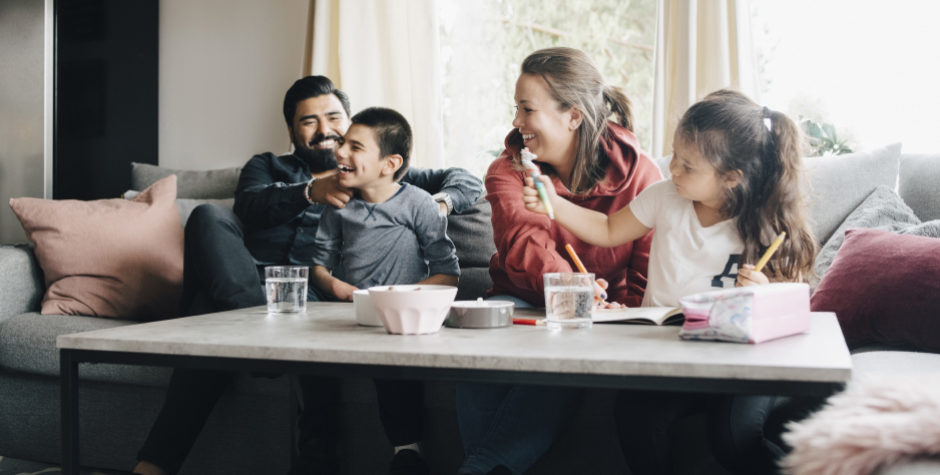 The Hungarian Government’s declared to solve demographic problems of Hungary with supporting families. Katalin Novák, Minister for families, Minister without portfolio stated earlier as a secretary of state for families and youth, April 2020, that the Fidesz-led Hungarian Government plans “to build a family-friendly country aiming to overcome the obstacles faced by couples planning to have a child”. This approach is also in accordance with Hungary’s strong anti-immigration policy: the Government aims at solving the demographic issues domestically, not with immigration.

Hungary’s population is decreasing since 1981, when it reached 10,7 million. Nowadays, the population is 9,75 million and it has been decreasing since 1981. In the late 2010s, it fell below 10 million. There is a consensus between political sides that this issue is going to be one of the most concerning and important problems of the 21st century in Hungary. The present article analyses the measures and effects of the Fidesz-led government since 2010.

Examples of measures of the Government

The Government have taken numerous measures, which provide financial help for couples to start a family. One of the flagship measures was taken in 2015, when the Government launched a financial programme called the Family Housing Support Program (CSOK).[1] The Government adopted the 16/2016. (II. 10.) Gov. decree on housing support to build and buy new houses. The support, which is a non-refundable grant varies between 600,000 to 10,000,000 Hungarian Forints, that equals to approx. 1,690 to 28,170 euros[2] depending on the number of the children and the form of construction, since the programme is not only a support for the families, but it also aims to boost the economy. Families who have three or more children, can also apply for a discounted loan of 10,000,000 Forints.

However, if there is a particular health care reason, the couple does not have to pay back the interests, only the already paid benefits. To prove that the couple cannot have a child, a health care provider shall prove that the couple has participated in the maximum amount of a human reproduction procedure or there is a particular health issue that excludes to start the procedure, regulated by the 30/1998. (VI. 24.) Gov. decree on procedures of human reproduction. If the couple does not participate, they have to pay back the interests of the grant as well.

The decree on the support also regulates particular reasons of fairness, such as the death of the member of the couple, the child is born dead after the 24th week of the pregnancy or the first child has particular disabilities.

Although it is a significant step to support families, criticism has also been raised regarding the measure: it mostly supports families in a better financial situation, since the benefits can only be received by couples who can contribute with a particular amount in advance. Therefore, it might result in growing social disparities, a sociologist warns.[3]

From 2019 to 2022, the Government also adopted a regulation on a support for having babies. In the Gov. decree 44/2019. (III. 12.) on the support for having babies, that consists of a freely disposable loan by the state for couples who undertake the obligation to have children. The amount of the loan can be up to 10,000,000 Forints, that equals to 28,170 euros.[4] The conditions of the payment are beneficial: if the couple has their third children, the state guarantees a remission of the interests owed by the couple, they have to reimburse only the capital of the loan, on a very long-term. However, if the couple does not bear the child, the conditions of the reimbursement are similar to the conditions of the housing support. The same criticism has been raised: couples from the most vulnerable social groups cannot be provided with this benefit. Presumably, the government tries to support the middle class on purpose, provided that it is less dependent on state incomes compared to poorer classes.

Besides the two flagship measures detailed above, from 2020, every mother, who raises at least 4 children or who has given birth for 4 or more children, does not have to pay personal income taxes. Besides, the government launched other various financial support for families, such as support for buying cars, providing child benefits for grandparents) The Government also provides different allowances and benefits for newly married couples as well, such as tax allowance.

The effects of the measures

These measures presumably contributed in the demographic data as well. It is important to take into account that there have been many various effects on the data regarding democratic, so it is not exclusively the result of the measures.

The first and most important tendency, the change of the population has not reversed from the decreasing tendency. However, the decrease has been slower in the past two years. Analysing the data of the Hungarian Central Statistical Office (CSO),[5] it can be seen that this is not a result of more birth: in 2010, the number of births was around 90 000 in every year,[6] and there has not been a significant increase. From 2010 to 2013 the number of births was swinging in each year, from 2013 to 2017, it increased slightly, from 2017 to 2019 it decreased again. The productivity rate[7], though, that can provide an answer to show the tendency of the productivity, this number had a slight decreasing tendency or stagnated before 2010, whereas in 2015-2016 it stepped a ‘level up’ and since then it is stagnating again on a slightly higher level. Therefore, the measures do not provide an answer for the slowing decrease.

On the other hand, immigration could rather explain the new, slowing tendency. 2016 was a turning point, both in the number of immigrants and Hungarians who moved back from abroad. The balance of total number of migrations has been increasing since 2016, which provides a better explanation for the slowing decrease of the population.

We can witness a rather strong tendency in the number of new marriages and divorces. Between 2010 and 2016, this number was more or less stagnating, with increasing, decreasing periods as well. From 2016, the number started to increase, and in 2019, it resulted in a surprisingly high number of new marriages. The number of divorces is also changing. From 2010 to 2018, the number was decreasing apart from 2014-2015. According to the CSO, it is very hard to explain[8] what the background of such increase is, but presumably the more positive conditions of the new benefits, such as the marriage tax allowance partly provides an answer for the tendency.

It is still hard to provide a clear answer about the effects of the measures of the Government. The slowing decrease of the population, as it was shown in the article, is mostly a consequence of the positive migration balance, whereas the effects of the family supporting measures cannot be judged yet. Based on the data of the CSO, it is also hard to answer for the motivations of the marriage/divorce tendencies, but in this matter, the more advantageous conditions to receive both state and market loans can partly explain the tendencies.

As Hungary is facing with the issue of ageing population, it is going to be interesting to see what kind of state measures could provide an answer for this problem, but we cannot provide a careful answer for this question at this stage. The long-term effects of the coronavirus pandemic and its economic results are also not foreseeable at the end of 2020.

[1] See the details of the programme on: http://abouthungary.hu/issues/putting-families-at-the-core-the-family-housing-support-program-csok/

[4] On the details of the exchange, please see footnote 2.

[7] „The productivity rate shows that how many children a woman would give birth to during her lifetime if the age-related productivity conditions for one particular year were maintained permanently (for the entire extent of the reproductive period).” Usually, the number 2,1 means that a society is able to reproduce itself. See: KSH, Népmozgalom (2004–2019) available at: https://www.ksh.hu/thm/2/indi2_1_3.html last downloaded: 10 Dec 2020.