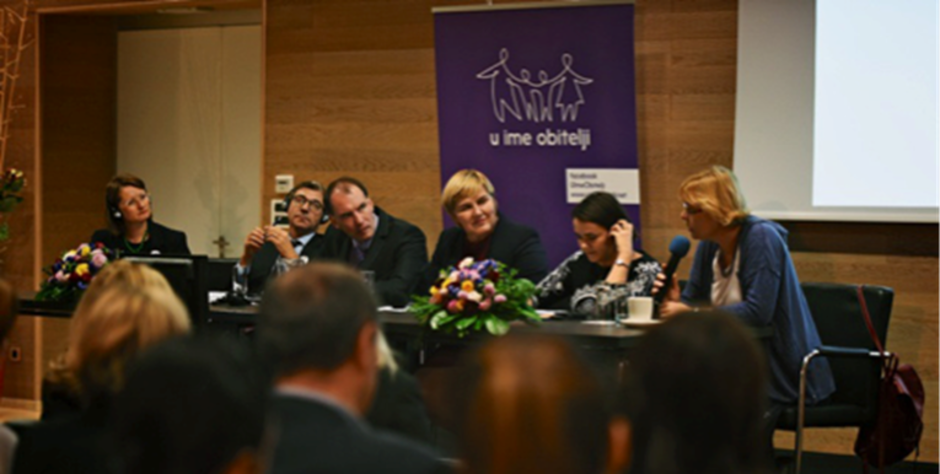 Between 22 and 23 October 2015, the association In the name of the Family organized in Zagreb, Croatia, an international conference on family. NGOs, university professors and politicians from Croatia and various European countries, such as Poland, Hungary, Slovakia, Italy, Austria, Spain and Switzerland, were invited to speak. The purpose of the conference was to exchange on good practices protecting and promoting family. Several topics touching family were addressed: research on marriage and family, legislation in support of the family culture, good practices in economic, social and demographic policy regarding family, educational competence of the family, good practices on education for values.

The ECLJ was invited to intervene in the conference on the present European legislation and the good practices in support of the family culture. Andreea Popescu, lawyer at the ECLJ, spoke about what marriage and family are and recalled their recognition and protection by the states and the international community through the human rights. Then, she looks into the present situation that weakens family and marriage at European and national levels, identifying its cause, which is ideological. Further, she gave some examples of “judicial activism” of the European Court of Human Rights by which marriage and family are relativized. Finally, she encouraged those who would like to defend family and marriage, at national and European level, to tell what marriage and family are, to denounce the ideological interpretation of the human rights and to recall the good principles and norms that still exist in our legal culture.

At the round table on strengths and challenges the family is facing in contemporary Europe, Ms. Popescu encouraged the participants to engage, at their respective level and depending on their own talents, in the defense of family at a cultural and a political level, transmitting the family values to the next generation and engaging with politicians proposing concrete measures.

On 24 October 2015, after the conference, a reunion with Christina Croatian lawyers was organized. Ms. Popescu encouraged them to engage in the legal battle of maintaining the fundamental institutions of our societies, as at present we face the reinterpretation and distortion of the legal principles regarding marriage and family. She indicated how they can concretely engage at national and European level, intervening in Croatian or others cases concerning other countries.