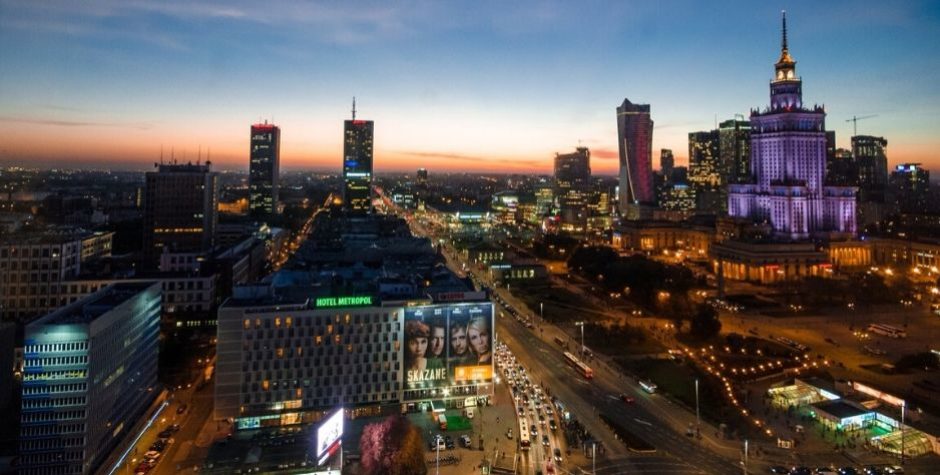 Ideological Blackmailing by the EU

The European Commission is intervening against “LGBT ideology free zones” in Poland, threatening to cut the cohesion funds reallocated as part of the fight against the impact of the coronavirus pandemic.

In a letter dated 27 May 2020[1] and addressed in English to the presidents of five voivodships[2], the Commission assures that its priority is to respond to the threat caused by the COVID-19 pandemic in Europe, but that it does not intend to neglect other important issues. In this case, the Commission had reportedly received “several complaints in recent months about the rise of anti-LGBT rhetoric in Poland”. The latest complaint from citizens allegedly related “directly to the fact that several local and regional authorities have adopted statements or resolutions that discriminate against LGBT people” while these same authorities are using EU funds. The two signatories of the letter are Marc Lemaître, Director General in the Directorate for Regional and Urban Policy, and Joost Korte, Director General in the Directorate for Employment, Social Affairs and Inclusion.

With this letter, the European Commission recalls the conditioning of European funds to the respect of European law and reaffirms the need to respect the fundamental values listed in Article 2 of the Treaty on European Union and in the Charter of Fundamental Rights. The authors of the letter conclude that declarations or resolutions of local authorities calling the claims of the LGBTI community an “ideology” and “declaring their territories LGBT-unwelcome” calls into question the ability of these local authorities to respect the principle of non-discrimination that accompanies European structural and investment fund programmes. Demanding a written reply, the authors of the letter make it clear to the recipients that the payment of cohesion funds to their voivodships is now under threat.

Let’s start by going back to the origin of these “LGBT-unwelcome” territories.

To understand, one has to go back to February 2019, when the Mayor of Warsaw Rafał Trzaskowski signed for his city a “LGBT+ Declaration” (full name: "Declaration - Warsaw Municipal Policy for the LGBT+ Community, also called “LGBT+ Charter” in the media). In this declaration, he pledged that the City of Warsaw would only work with companies that would agree to promote LGBT people. However, this in itself is already a promise to discriminate against companies through the use of public funds and may constitute a violation of Polish law and even of Article 25(2) of the Polish Constitution, which imposes the principle of neutrality of public authorities with regard to religious, political and philosophical convictions.[3]

With the “LGBT+ Declaration”, the city also committed to bring LGBT referents and LGBT organizations into all schools in the Polish capital, starting from primary school, and to teach “anti-discrimination and sex education taking into account psychosexual identity and gender identification” and respecting the highly controversial WHO Standards for Sexuality Education in Europe as published in 2010 by the WHO Regional Office and the German Federal Centre for Health Education (BZgA).

The bishops issued an official statement denouncing the violation of children’s innocence and the natural right of parents to educate their children, which was opposed by the ruling party, conservative Law and Justice, and became a major issue in the 2019 parliamentary and European election campaign.

Anti-Catholic demonstrations and provocations took place throughout Poland in the following months, notably in the context of “equality marches” organised by LGBT associations: parody of a Catholic mass in Warsaw, parody of a Corpus Christi procession with a vulva image in lieu of the Blessed Sacrament at Gdańsk, LGBT march with the esplanade in front of the Jasna Góra shrine as the arrival point at Częstochowa (the day of a big national pilgrimage organised for children), with activists of the LGBT collective brandishing images of the icon of the Black Madonna from Częstochowa whose halo had been repainted in the colours of the LGBT flag, and other desecrations and provocations against Polish Catholics.

This is part of a “LGBT rights” agit-prop large scale operation in 2019. The Fundacja Mamy i Taty (Mummy and Daddy’s Foundation) published a report[4] in October 2019 revealing that the LGBT organisations behind Poland’s “equality marches” and their procession of anti-Catholic provocations are generously funded by the Batory Foundation, originally founded by George Soros and still supported by the Open Society Foundations, notably with funds from Norway and the European Union. In addition to these public subsidies, which also come from cities run by the Polish opposition (such as Gdańsk or Warsaw), LGBT events in 2019 also benefited from the support of several foreign multinationals, such as Coca-Cola, Google, Microsoft, Johnson & Johnson, Procter & Gamble, IBM, Nielsen, Universal and its ice cream brand Ben & Jerry’s, Citibank, JP Morgan, MTV, Netflix, BNP Paribas, etc.

It is in reaction to this “LGBT+ Declaration” of the city of Warsaw as well as to similar commitments in several large Polish cities that local authorities (voivodships, powiats, municipalities) adopted declarations or resolutions in which they committed not to implement the “LGBT ideology” within the framework of their competences and in particular in the schools under their responsibility. Other local governments have not made such declarations but have adopted a Charter of Local Governments for the Rights of Families drawn up by the Ordo Iuris Institute. This is the case of the voivodship of Łódź (Łódzkie) which is now in the European Commission’s radar together with four others (Lubelskie, Małopolskie, Podkarpackie and Świętokrzyskie) which have adopted declarations against the LGBT ideology.

These local authorities claim their willingness to protect the rights and freedoms guaranteed by the Polish Constitution and international law, in particular the autonomy of parents in making educational choices for their children. As for the Charter of Local Self-Governments for the Rights of Families, it does not even mention the notion of “LGBT” or sexual orientation and only contains commitments of the voivodship in favour of families, in the traditional meaning of the word, i.e. in a sense in accordance with the Polish legal order.

An ideological approach on the part of the European institutions

The resolutions and declarations adopted in these famous Polish “territories LGBT-unwelcome” do not discriminate on the basis of sexual orientation[5].  They are to be understood in the context of a political and ideological debate among Poles.

However, the European Commission has intervened in favour of one side in this debate. It sees anti-LGBT+ discrimination in considering that pro-LGBT+ social pressure is the vector of an ideology, and in refusing to promote it among children. Conversely, it does not see how the “LGBT+” education policy of the city of Warsaw violates the “right of parents to ensure the education and teaching of their children in conformity with their religious, philosophical and pedagogical convictions” guaranteed by the Charter of Fundamental Rights of the European Union.

This intervention by the Commission is also blackmailing with threats of refusing European funds. It is not a first: in April 2019, one month before the European elections, the Vice-President of the European Commission, Frans Timmermans, came to Warsaw to personally support the “Spring” list and its leader Robert Biedroń, a gay, Europhile and anti-Catholic activist.

Poland thus seems to be the target of concerted operations aimed at unleashing a cultural war via "LGBT rights" [6], following the example of the fate suffered by Ireland.

[2] A voivodship is a unit of first-level administrative division of Poland.

[3] This is one of the criticisms formulated in the legal analysis of this "LGBT+ Declaration" carried out by the Institute for the Culture of Law Ordo Iuris (https://ordoiuris.pl/rodzina-i-malzenstwo/analiza-deklaracji-warszawska-polityka-miejska-na-rzecz-spolecznosci-lgbt).

[5] These declarations can be consulted online or downloaded in Polish on the websites of the voivodships concerned: Lubelskie, Łódzkie, Małopolskie, Podkarpackie, Świętokrzyskie

[6] This is also the case with the issue of abortion. With regard to the 2016 "black marches" in favour of abortion, Ordo Iuris published a report in October 2017 on the NGOs that funded these feminist demonstrations: Global Fund for Women (GFW), International Network of Women's Fund (INWF), MamaCash, Sigrid Rausing Trust, International Women's Health Coalition (IWHC), European Society for Contraception and Reproductive Health (ESC) and, through its funding of these organisations, George Soros' Open Society (see the detailed article (in Polish) on Ordo Iuris' website: https://www.ordoiuris.pl/ochrona-zycia/czarne-protesty-spontaniczny-ruch-czy-efekt-wielkiej-inwestycji-finansowej).

France: What Future for Homeschooling?By ECLJ1627893251422
The law Reinforcing the Respect of the Republic's Principles was adopted, under a state of emergency and following accelerated procedure, on July 23, 2021, by the French National Assembly ( Assemblée...
Read More
More Related Articles