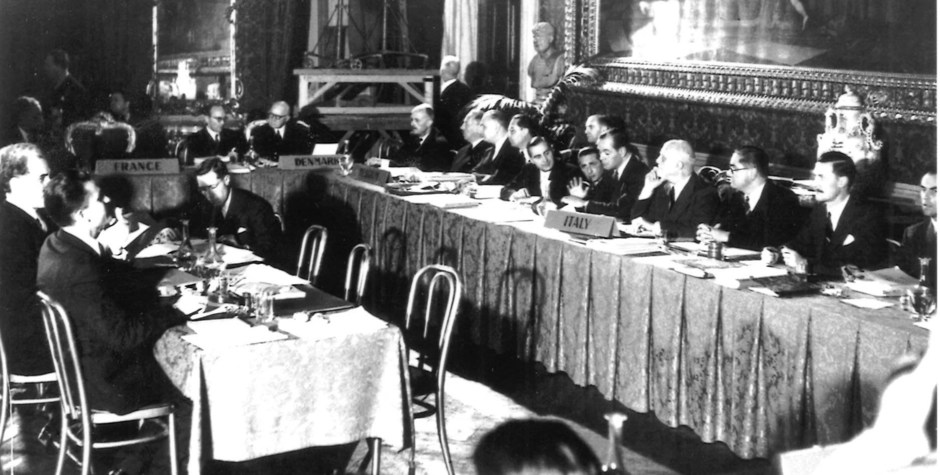 Germany on Trial for Having Withdrawn Custody of Home-schooled Children

Germany on Trial about Homeschooling

In the Wunderlich v. Germany case (n° 18925/15), the European Court of Human Rights (ECHR) will have to judge Germany for having withdrawn custody of children from their parents on the motive that the latter wished to teach their children themselves by home-schooling them, which is prohibited in that country.

The ECLJ was allowed by the Court to intervene in this case and to submit written observations.

Germany, with Turkey, is one of the seldom European countries to totally prohibit preceptorship or home-schooling. This total prohibition was previously accepted by the ECHR, notably in the Konrad v. Germany case of 11th September 2006 (n° 35504/03), case brought to Court by a Christian family willing to home-school their children. The Court had then given a very statist interpretation of the right to education by judging “this as being in accordance with its own case-law on the importance of pluralism for democracy” the fact of imposing collective schooling and to prohibit home-schooling because of “the general interest of society in avoiding the emergence of parallel societies based on separate philosophical convictions and [of] the importance of integrating minorities into society”.

The facts of the current case are more acute than in the Konrad case, for here the children have been physically withdrawn to the custody from their parents. At the origin of the current case, the choice of German parents, Dirk and Petra Wunderlich, who, after having lived in several European countries, returned to Germany and wanted to continue to home-school their four young children. Knowing that home-schooling is prohibited in Germany since a 1918 law, they solicited an interview with the school authorities to get their agreement. The Office for Social Help, Protection of Youth and Help to Families (Jugendamt) refused to receive the family and immediately filed an action to Court against the parents for “endangerment of the children”. Soon after, a justice decision removed their parental rights to the parents. Fearing the parents might “flee” with their children to France, a country where home-schooling is allowed, the German authorities, through the intervention of more than thirty policemen and seven members of social services, came to the house of the Wunderlich, physically removed the children and put them in a foster home on the 29th August 2013.

The Wunderlich parents regained their parental rights after a long and difficult procedure which lasted more than three years. The children were separated from their parents for almost a month. It was found that the children were not in danger at all, and were well taught and balanced.

On 14th April 2015, the Wunderlich family brought their case to the ECHR, notably to complain about the violation of their private and family life (art. 8) as well as of the right of parents to ensure the education and teaching of their children in accordance with their religious and philosophical convictions (art. 2 of the 1st Protocol).

The European Centre for Law and Justice is intervening in this case to support the natural and prior responsibility of parents to ensure education and teaching of children.

To oppose the statist interpretation of the right to teaching given by the Court in the Konrad case, the ECLJ looks back in its observations on the nature of the relationships between families and States, showing that the writers of the Convention wanted, after the Second World War, restore the natural order to found back democracy. For that, they clearly opted for a subsidiary, rather than statist, understanding of society. To this end, they wanted to put the person, in all his social and natural dimensions, back to being the centre and end of society and of the State. They wanted to guarantee persons and families against the State. During the writing of the Convention, diplomats, deputies and civil servants of the Council of Europe expressed themselves in that sense. They were conscious of the fact that “the totalitarian regimes (…) sought systematically to expose the children to their ideological propaganda, by depriving them of the rightful influence of their parents” [1]¸ and that family and parental rights must be guaranteed to “to meet (…) a terrible aspect of totalitarianism” which leads to make it “impossible for their parents to bring them (their children) up in their own religion and philosophic beliefs”[2].

The right of parents to educate and teach their children in accordance with their convictions is qualified called a “natural”, “elementary”, “fundamental”, “innate” or “priority” right; it protects the freedom of parents against the State but neither institutes this freedom in itself nor concedes it, it is not “a favour” [3], but “a natural right, which no one but an autocrat can dispute”[4]. This right must be guaranteed “against the danger of nationalization, absorption, monopolization, requisitioning of young people by the State”[5], as underlined by the distinguished French lawyer Pierre-Henri Teitgen.

In the light of the Preparatory Works, the ECLJ underlines that if Article 2 of the 1st Protocol does not explicitly recognize the right for parents to ensure themselves the education and teaching of their children, nor their right to found private schools, it does not exclude it, on the contrary it widely presupposes it. Indeed, the object of Article 2 of the 1st Protocol is to guarantee the freedom of parents and to impose on the State the negative obligation to respect this freedom. Hence this disposition does not define maximal limits to the freedom of parents, but minimal limits that the State must respect: the respect of the convictions of parents. It would be absurd to wonder whether Article 2 of the 1st Protocol prescribes a positive obligation for the State to authorise home-schooling or private schools, for it essentially contains the negative obligation not to oppose to them, for the freedom of education of the parents is a fundamental right, prior to that of the State. Even more, this right obliges the State to respect the convictions of parents when it assumes functions in education and teaching.

Finally, the limit to the right of parents, as well as to that of the State, consists in the right of the child not to be deprived of teaching.

To conclude, the ECLJ believes that, in the Wunderlich case, it is possible to conclude to the violation of the Convention with no necessity to affirm that the States have the unconditioned obligation to allow home-schooling. One needs only consider that Germany had no sufficient motive in the present case, in regard to the superior interest of the children, and especially in regard to their right to teaching, to remove the children from the keeping of their parents; this measure being obviously disproportionate.

For the ECLJ, it is essential to reaffirm the liberal principle, of natural right of the pre-eminence of family on the State, particularly as regards education and teaching. If the Court were to judge on the basis of the opposite principle, it would then take its place among statisms and totalitarianisms. Liberalism stands on trust towards people and distrust towards State; totalitarianism stands on the opposite choice.

[1] Steering Committee for Human Rights, in its Report to the Committee of Ministers, Preparatory works, p. 53.

Born of Gamete Donation: What Rights?By Nicolas Bauer1593093600000
A bill extending access to Assisted Reproductive Technology (ART) with gamete donation will be voted in France in the coming weeks, even though it is known that it deprives the child of biological...
Read More

Kafkaesque Family Nightmare in DenmarkBy Christophe Foltzenlogel1576314000000
For parents, having their children taken from them by social services, for no reason, is certainly one of the worst nightmares imaginable. For Anita and Thomas, this nightmare has become a reality,
Read More
More Related Articles