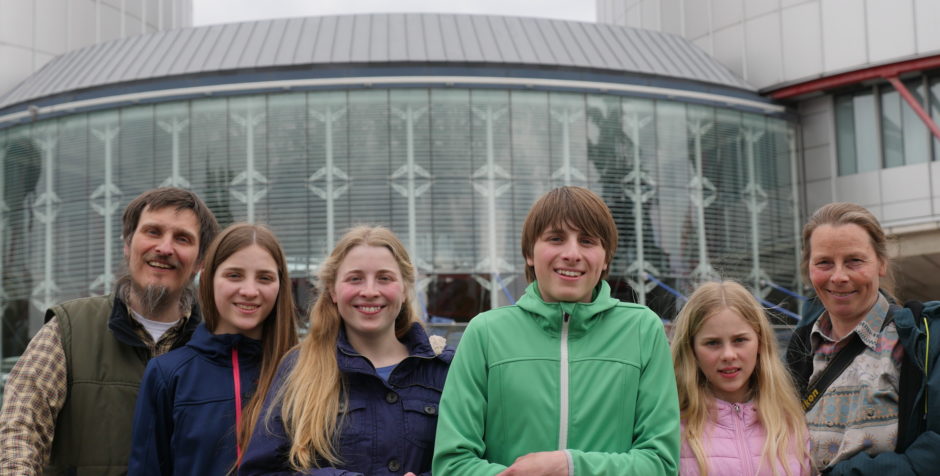 Wunderlich v. Germany: the ECHR maintains the possibility to ban home-schooling and endorses child’s removal as a sanction

On 10 January 2019, the European Court of Human Rights released its judgment in the “Wunderlich v. Germany” case (no. 18925/15). The issue at stake was whether a State could legitimately remove children from their parents when they refused to send them to school. Unfortunately, the Court maintains the States’ capability to prohibit home-schooling and considers that the removal of children when parents refuse to comply with that prohibition is compatible with the European Convention of Human Rights.

The ECLJ intervened in this case to defend the right of parents to bring up their children according to their convictions. In its observations the ECLJ essentially recalled the liberal principle of natural law according to which “the family takes precedence over the state”, in particular in the field of education and teaching. Therefore, parents have the right and the duty to educate their children and they should have the choice of the means they deem most appropriate for this purpose. The State should interfere in the exercise of this right only if a serious deficiency provided is noticed in the education. It should not prohibit a priori any form of home-schooling nor remove parent’s custody of their children on the basis of mere suspicion of a violation of the children’s rights.

The Court’s appreciation of the merits

Mr. and Mrs. Wunderlich have got four children and wished to teach them at home, which is forbidden in Germany. Paying fines but persisting in refusing to send their children to school, the Wunderlich were soon under a procedure launched against them on the ground of risk for the children. The German courts withdrew the custody of their children and asked them to hand over the children to a legal guardian so that they could go to school. The children repeatedly refused to accompany the guardian who came to take them away. After several months of injunctions and proceedings, the German police came one morning to take manu militari the children to foster care, until the parents agreed to send them to school a few weeks later.

The parents complained to the European Court of Human Rights about the violation of their family life, guaranteed by Article 8 of the European Convention on Human Rights. The Court acknowledges the infringement of this right but considers that Germany has the right to absolutely prohibit home schooling to protect the interest of the child.[1] The Court concluded that the withdrawal was fully necessary and proportionate in a democratic society and that there was no violation of the right to respect for family life.

This judgment poses several serious problems with regard to the parents’ freedom to educate their children.

Prohibition in principle of home schooling

The Court’s judgment may be criticized on this first issue because, in accordance with its case-law, it immediately rejects the right to home-school children, which is at the heart of the application. The Wunderlichs were not accused of any ill-treatment nor of neglecting their duties to feed, care for and educate their children. The fundamental issue was the parents’ refusal to send their children to school in a collective establishment, and it was for that reason that their children were taken away from them. It is this total and general prohibition of home schooling that is at the root of all the proceedings against them and that has resulted in the temporary placement of their children in a foster home.
Here, the Court renounces to guarantee the natural right of parents to bring up their children. It formally allows states to remove children from their parents and force them into a state-recognized school system.

To justify such an infringement of the parents’ right and duty to educate their children, the Court considers that the State’s desire to avoid the emergence of “parallel societies” legitimizes such a prohibition. This is paradoxical in many ways, for the Court is usually very opposed to general and absolute prohibitions. This family does not belong to any network and has not been convinced of seeking to undermine the German Republic, nor to challenge its values. What does the Court refer to when mentioning “parallel societies”? There is a paradox here between the “diversity” promoted by the Court for the rights of minorities and, at the same time, the prohibition of home-schooling in order to avoid the emergence of these parallel societies which would be a serious problem. The Court unfortunately does not develop its argument on this point.

The children’s interests against those of the parents

The Court’s second attack on the parents’ rights consists in opposing their interests with those of their children. Indeed, the main risk, according to the German courts, which justified the withdrawal of custody of the children, was the strong attachment that parents were trying to build up with their children, leading to a dramatic situation: “a ‘symbiotic’ family system had emerged” (§ 40). This argument is very surprising because the symbiosis is not a legal but a scientific term. It is positive, because it designates the mutually profitable association of several living beings. It thus appears that the German courts reproached the parents that “their children had established a strong attachment to them, to the exclusion of others.”

This German courts’ will to interfere and to judge the family relationships is not at all disputed by the Court. On the contrary, the European Court states that: “Article 8 requires that a fair balance must be struck between the interests of the child and those of the parent and, in striking such a balance, particular importance must be attached to the best interests of the child which, depending on their nature and seriousness, may override those of the parent.”(§ 46)

This individualistic conception prevents the Court from seeing the common good that constitutes a family and that the interests of its members are not opposed. To home-school children is a parental choice and they are, in principle, the best ones to make it. Here, the Court grants the States the right to check each family to see if the parents do not jealously keep their children and to appreciate instead of the parents the best interest of the children; even if these children did not complain in any way.

Unfair placement in foster care justified by the Court

The third shocking element of the judgment is that the Court excuses the State for withdrawing custody of children on the basis of disturbing but ultimately unfounded indications.

Indeed, parents were able to show after the temporary foster placement that the children were well educated, correctly raised, loved and that their interests were not in danger. The Court notes that the German courts thought that the children were in fact isolated, had no contact with anyone, and were therefore in danger. The “persistent resistance” of the parents during the proceedings was in fact a response to the threat of having their children removed from them. However, according to the Court: “The authorities – both medical and social – have a duty to protect children and cannot be held liable every time genuine and reasonably-held concerns about the safety of children vis-à-vis members of their families are proved, retrospectively, to have been misguided.” (§ 52)

This withdrawal was objectively disproportionate because the State had no evidence that something serious was going on in that family. The State, on the contrary, removed the children solely on the belief of a simple “risk”. The German authorities have actually gone this far to bend the parents’ will, so that they accept to send their children to a school. The Court specifically states that: “the fact that a child could be placed in a more beneficial environment for his or her upbringing will not on its own justify a compulsory measure of removal from the care of the biological parents; there must exist other circumstances pointing to the “necessity” for such an interference with the parents’ right”. Therefore, mere “circumstances pointing to a “necessity” are sufficient for a judge to withdraw a child from his parents. What is this “necessity” that the Court itself writes in quotation marks? It is not explained.

The Court opens the door to excesses by allowing a state to easily break a family under the pretext of defending the interests of the child. Of course, abuses exist in certain parents, but in this judgment the European judges excuse and justify the German State’s abuses.

This decision is all the more disturbing when we know that in France, as in Germany, the National Education is sometimes more inclined to transmit ideology than knowledge. As proof, for the past ten years, we have had the ideology of the gender with the ministers Xavier Darcos and Najat Vallaud-Belkacem; and we had the Freemason Vincent Peillon who was not afraid to say that: “the goal of secular morality is to extract the student out of all determinisms, familial, ethnic, social and intellectual.”[2]

No person shall be denied the right to education. In the exercise of any functions which it assumes in relation to education and to teaching, the State shall respect the right of parents to ensure such education and teaching in conformity with their own religious and philosophical convictions.”