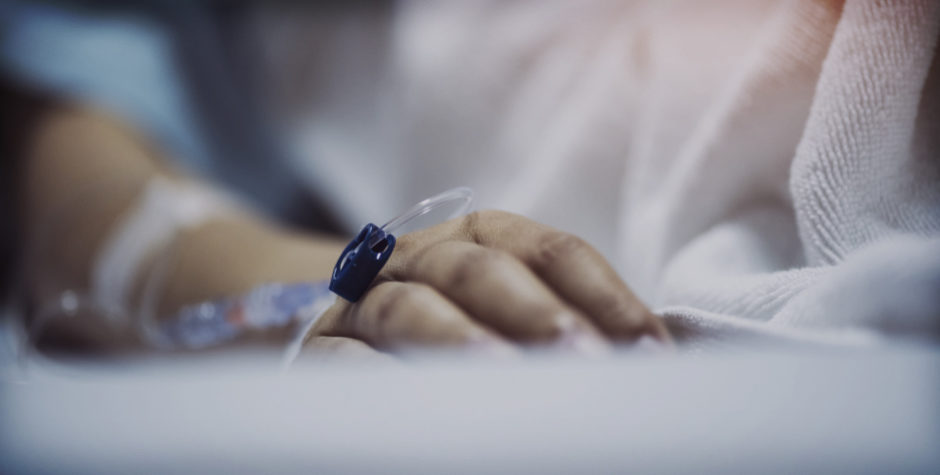 Vincent Lambert: We’re Taking a Stand at the U.N. as His Death by Starvation Has Started Again

As we feared, the French physician in charge of taking care of Vincent Lambert announced this Tuesday morning (2 July 2019) that he would start again euthanizing his patient.

As the Director General of the European Centre for Law and Justice (ECLJ), Grégor Puppinck, wrote here, Vincent Lambert went through a car accident in 2008, leaving him in a state of altered consciousness after a traumatic brain injury. Considering that he may never recover,  physicians sought to euthanize him, despite the fact that he is unable to express such a wish and that a part of his family strongly opposes such a decision.

Vincent Lambert has since become the symbol of the implementation of euthanasia in France, and beyond. Should he be euthanized, 1,700 other persons in the same state of health in France could suffer the same fate.

The truth is that, according to his medical condition, he is not dying and could live many more years, if it wasn’t for the physician in charge of him.

Just two months ago we reported how the U.N. Committee on the Rights of Persons with Disabilities (CRPD), at the initiative of the ECLJ, issued a request to the French Government to halt the euthanasia of Vincent Lambert while the CRPD Committee reviews the petition by Vincent’s parents requesting the same.

An administrative court refused to apply the interim measures ordered by the U.N. Committee and so Vincent’s parents’ lawyers went to the Tribunal de grande instance de Paris (Judicial order) to complain of a blatant violation of Vincent fundamental rights. This Tribunal found no violation. The lawyers immediately appealed that decision and submitted an application to the Court d'appel of Paris.

Despite these procedures, Dr. Sanchez started to stop feeding and hydrating Vincent Lambert on May 20th, following the final approval of the Conseil d’État, the highest jurisdiction for such administrative procedures in France.

On that day, President Emmanuel Macron posted on Facebook a short message stating that he “could not intervene” to respect the separation of the powers and that every citizen had to accept the decision of the Conseil d’État, allowing for the starvation and death of Vincent Lambert.

Yet, in a stunning move, the Cour d’appel of Paris ordered on that same day the physician to comply with the interim measures ordered by the CRPD. The French government was suddenly able to quickly introduce an appeal to the other highest jurisdiction in France for judicial matters: the Cour de cassation. For a month however, Vincent was saved.

After a hearing on the 24 June, the Cour de cassation rendered its decision on 28 June. It repealed the decision of the Cour d’appel of Paris on the legal basis of incompetency, but did not address the question of the legal force of interim measures requested by a U.N. Committee.

It should be noted that usually, in France, legal procedures are matters of months and years. Obviously, when the Government seeks to euthanize a disabled person, it possesses some resources to speed up the procedures.

It should be mentioned also that France is allowing doctors to remove his hydration tube at a time when Europe is experiencing record heat, and Vincent currently resides in a hospital room that reportedly has no air-conditioning.

This is appallingly cruel and inhumane. Vincent Lambert is a father. And he is a son. Could any decent human being let either of their own be treated this way?

The ECLJ pursued yesterday every avenue possible at the United Nations, Geneva (Switzerland) to compel France not to euthanize Vincent.

Indeed, on Monday 1st of July, the ECLJ sponsored a well-attended conference to the 41st session of the Human Rights Council with Vincent’s mother,  Viviane Lambert, her lawyers, and a physician specialized in cases of heavily handicap persons such as Vincent Lambert.

During that conference,  Viviane Lambert gave an emotional speech for her son:

I would like to speak to you today as a mother, and from the heart of a mother.  I am at his (Vincent’s) side with his father, my husband, every single day.  In order to visit and take care of our son, we had to leave our home and find a place to live in Reims.  We wanted, of course, that he not be left alone, and to stimulate him, be close to him, and give him all the love we can still give, because Vincent is not at the end of his life; Vincent is not a vegetable.  I have never seen a vegetable turn its head when you call its name.  I have so many photos and videos that completely contradict what is being said in the press.

When I ask Vincent to turn his head, he looks at me; when I ask if he is happy—and I don’t know if this is a reflex or something more— but he does blink his eyes.  And what traumatized me the most, I can tell you, is that the day before that on which the doctor had decided to stop his food and some of his hydration, the Sunday on which we visited him, Vincent was very emotional; so I asked him “what’s going on Vincent?” and he began to cry.  And this I can say is a sign for me that Vincent truly has an active conscience.  And it is a sign as well, because we knew the doctor was to stop the feeding tube during the week of 20th May, so I had asked the personnel to tell him nothing about it.  I thought it was us parents who had to prepare him for this because we were the ones confronted with the situation, but no! No, they had told him about it. And when Vincent saw us on Sunday, the day before they were to stop his nutrition, he cried.  And we cried with him, of course. I’m sorry, I’m just a bit emotional right now.  I am not used to this kind of situation and normally I prefer to write my statements, but I am here to proclaim as forcefully as I can that they want to murder Vincent.  Yes, that is the appropriate word.

I saw Vincent, when I would sometimes give him a spoon of compote, or of creamy dessert, and he would swallow them.

Why? Why not listen to us? Vincent is a human being; he is not an object,; they’re holding his head under water and I… It’s dramatic! That’s it, if I have come here for anything today, it is in the hope that at least his life might be defended here. Because the State, nobody listens to us, nobody wants to hear us, while we have evidence, we are the parents, we know our son, and he is used to us in his daily life and he expresses himself. That’s it, he doesn’t talk but he expresses himself.

Grégor Puppinck insisted on the fact that, based on the case law of the U.N. Committees, it is sure that France will be condemned by the U.N. if its Government let Mr Lambert die. He recalled that the right to life as well as the human dignity are recognized as “inherent” to the human being in the Universal Declaration of Human Rights and International law, and therefore they apply to anyone, only because he is a human person, without distinction based on race or handicap.

Later on this 1st of July, the ECLJ granted Vincent’s mother the opportunity to speak in the general debate of the Human Rights Council to denounce France’s violation of the Convention on the rights of persons with disabilities.

Here is her statement: