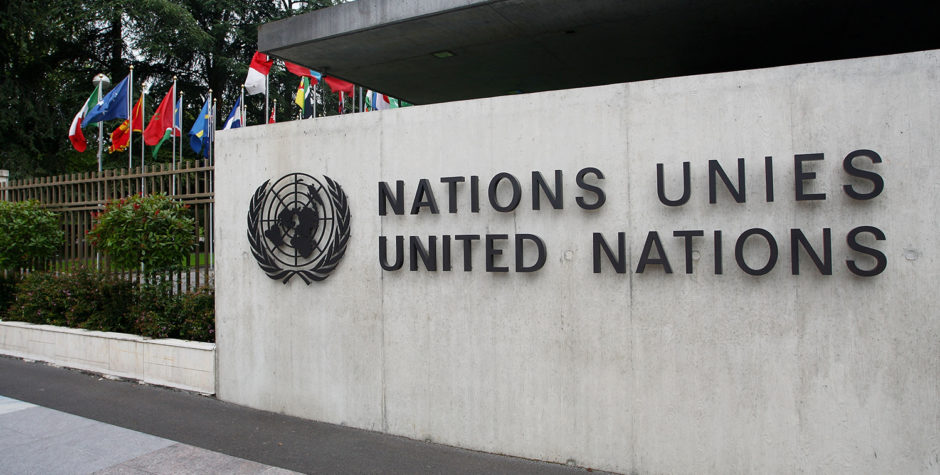 V. Lambert case: "The French Government will be condemned by the UN"

ADDENDUM 1: On 20th May at 4.30pm, the ECHR “passed the buck”, and and expeditiously dismissed the request of the Lambert parents, daring to pretend that the demand for interim measures by the UN and the refusal of France to comply with them did not constitute “new elements” of a kind to make it adopt a different position! It is a denial of reality and a revolting injustice. The fact remains that France will be condemned by the UN if it does not stop the euthanasia of Vincent Lambert.

ADDENDUM 2: On 20th May at 10pm, the Court of Appeal of Paris proved Vincent Lambert’s parents right and notified the French government its obligation to respect the “interim measures” requested by the Committee on the Rights of Persons with Disabilities. As a consequence, the care of Vincent Lambert is restored for, at least, the duration of the examination of his case by this Committee.

The Court of Appeal of Paris fully confirmed our arguments regarding international law.

This Monday morning, while Dr Sanchez began Vincent Lambert’s deep sedation, his parents lodged an ultimate application before the European Court of Human Rights (ECHR). Why?

Because Dr Sanchez and the French Government persist in wanting to make Vincent Lambert die, in violation of international law. Twice, the Committee on the Rights of Persons with Disabilities asked France, as “interim measures”, to maintain Mr Lambert’s nutrition and hydration, at least during the examination of his case by this Committee. But the French Government shamefully “spits” on international law, as if this poor man’s death were a matter of State.

It must be made clear that it is a violation of international law and with the complicity of the State that Dr Sanchez decided to cause Mr Lambert’s death.

Until now, his parents got nothing from the French jurisdictions. The administrative tribunal’s position mirrored that of the Government, while the judicial judge and the Défenseur des droits ruled that they have no competence in the matter. That is why they refer once again to the ECHR for it to order that France respect these interim measures.

In your opinion, does France have the obligation to respect the interim measures?

Yes, of course. All serious lawyers agree on it. France freely ratified the UN Convention on the Rights of Persons with Disabilities and its “Optional Protocol”. It charged the Committee on the Rights of Persons with Disabilities with ensuring respect of the Convention by States, and it gave this Committee the authority to receive “individual complaints” -like the one lodged by Lambert parents-, and to demand respect of the necessary interim measures. The Government is thus bound by the word given by France; it is the fundamental international law principle, following the adage “Pacta sunt servanda” which requires that every treaty in force be implemented in good faith.

The current Government claims that compliance with these “interim measures” is not compulsory. But this is false. As proof, when a State violates such interim measures, it is systematically condemned by the international bodies. This has happened at the United Nations Human Rights Committee, at the International Committee against Torture, at the European Court of Human Rights, or at the International Court of Justice. This is thus made very clear, and the French Government knows it. Mr Toubon, the Défenseur des droits charged with the implementation of the Convention on the Rights of Persons with Disabilities in France, was honest to declare that “interim measures ordered by the UN Committees should be respected by the State, at the risk of putting an obstacle to the effective exercise of the right to complain under the Optional Protocol”.

What will happen if France does not respect the interim measures and if Vincent Lambert dies?

Of course, the United Nations cannot send peacekeepers to the Reims University Hospital. But France is bound by its given word. It is thus obvious that if Mr Lambert dies, France will be condemned by the UN. This condemnation will confer a right to compensation for Vincent Lambert’s parents. They will be able to turn against the Government, the University Hospital and also Dr Sanchez, because he was personally informed of the Committee’s request.

But it will be too late for Vincent Lambert; and in the meantime, the Government will have changed.

But Vincent Lambert is still alive, sedation can still be stopped without damage during the two or three next days.

What could the European Court of Human Rights rule?

In law, I am convinced that it should prove the Lambert parents right, and ask the Government to respect the “interim measures” ordered by the United Nations. The European Court cannot tolerate that the French Government ostensibly flouts and weaken the Human Rights international protection system.

The Court cannot prove the French Government right and rule that “interim measures” are not mandatory, not only because it would be legally wrong, but also because the Court would thus ruin the authority of its own interim measures. It is thus impossible for the ECHR to declare the respect for interim measures non-binding.

But this case is more political, and even ideological, than juridical. It is to be hoped that the European Court will have the courage to rule on the merits, and that it will not pass the buck. Its honor is at stake.

In practice, how will the ECHR deal with this new application?

The court will certainly rule in the next 48 hours. The decision will be taken either by a Chamber (that is to say seven judges), or by a single judge. We will not know. Contrary to the judgments of the Court, the decisions regarding interim measures are anonymous, with only the name of the registar appearing. The name of the judges, and particularly of the rapporteur (the one who took care of the case) is never mentionned at the ECHR.

Yet it is a usual way at the European Court to have this kind of application dealt by the national judge, that is to say the judge sitting on behalf of the prosecuted country, for he is the one who knows the internal law best. It is problematic, for obvious reasons, especially when said judge is close to the Government (or even of the President), which is often the case as the international judges are appointed upon recommendation of their governments. They thus have a political aspect, which they more or less stick to afterwards.

It is thus to offer an extra guarantee of neutrality and independence that the UN Committees, contrary to the ECHR, forbid the national judge to rule on a case regarding his country of origin. It couldn't be bad for the European Court to follow that lead.

Who is the French judge who could judge here?

The judge sitting on behalf of the French Republic is André potockin a former counsellor at the Court of Cassation. He already ruled in favor of Mr Lambert's death in 2015. It is surprising that the French don't know him, for he has a considerable power upon our laws. In the US, the judges of the Supreme Court, yet less numerous, are very famous; and nobody predents to believe in their political neutrality.

This said, it is not certain that the French judge will judge again, for the ECHR generally forbids State to have the same judge judge twice on a case. I do not see why it wouldn't impose this rule to itself in the current case.

Either way, the case is simple, and politics shouldn't interfere: it is merely about having international law respected, and not about making a stand on the euthanasia of Vincent Lambert. On must hope that the ECHR will not do less than the Committee on the Rights of Persons with Disabilities, and that it will make justice take precedence over politics.