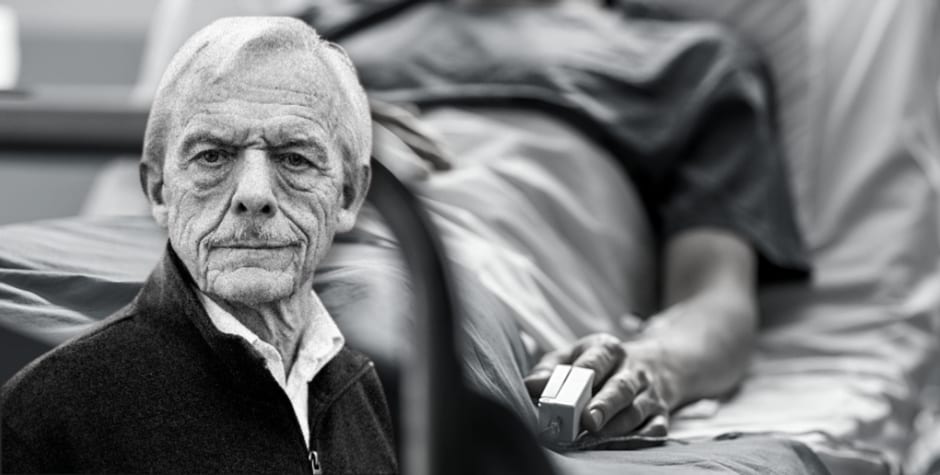 ECHR: No Right to Assisted Suicide

The rejection of the application of a Danish poisoner, Svend Lings, was the occasion for the European Court of Human Rights (ECHR) to clarify for the first time that there is no right to assisted suicide. This case law was unexpected, as previous decisions had tended towards the progressive creation of such a right. The ECHR's decision in Svend Lings v. Denmark is therefore excellent news.

Svend Lings is a former Danish doctor turned to working in assisted suicide. He is the founder of "Doctors for Euthanasia" and has published an online guide entitled "Appropriate drugs for suicide". Worse, he was convicted in 2019 of two assisted suicides and one attempted assisted suicide, procuring or recommending drugs, as well as advising placing a plastic bag over the head, to be "100% certain" of the lethal effect of a drug overdose. In April 2022, when he was already over 80 years old, Mr. Lings assumed in the Danish press that he was "helping" an average of one person a day to commit suicide, by giving such advice.[1]

Nothing seems to stop him: neither his removal from the roll of doctors, nor his judicial conviction. It must be said that Mr. Lings was only sentenced to a two-month suspended prison sentence. On April 12, 2022, the European Court rejected his application No. 15136/20 against Denmark. The former doctor had invoked his right to freedom of expression: for him, telling a person precisely the best way to commit suicide should be protected by human rights. In reaction to the ECHR ruling, he said: “I'll continue my good work, as I've done so far. … The people who come to me are in utmost distress ... I feel morally obligated to help them.”[2]

The ECHR appears to have been reluctant to apply Article 17

Given that Mr. Lings was convicted not only of counselling but also of procuring drugs to suicidal persons, the Court stated that it had “reason to doubt whether in respect of these counts there had indeed been an interference with his right to freedom of expression within the meaning of Article 10” of the European Convention on Human Rights.[3] Procuring of poisons is certainly not a matter of freedom of expression, unlike, perhaps, advising on how to kill oneself. It is likely that the ECHR considered applying Article 17 prohibiting "abuse of rights" to this application. This concept comes into play when an applicant uses a right to justify acts that are contrary to the fundamental rights and values of the Convention.

The Court has already recognized that the "sanctity of human life" is one of the fundamental values of the Convention.[4] Moreover, Article 2 of the Convention establishes a right to life. Svend Lings claims to be using his right to freedom of expression to poison people, under the pretext of their consent. The Court could have considered that such acts constitute an abuse of the right to freedom of expression, by applying article 17. The judges could then have rejected Mr. Lings’ application on this basis, as they would have done, for example, in the case of speech constituting incitement to violence against third parties. The ECHR preferred to express only a "doubt" on this point, but this mere "doubt" is in itself welcome and a novelty.[5]

The European Convention does not confer a right to assisted suicide

Assuming that there was an interference with Mr. Lings' right to freedom of expression, the Court examined the case on its merits. At the conclusion of its review, the Court unanimously held that Svend Lings' conviction was necessary to protect the health and morals and the rights of others. In particular, it stated that no “right to assisted suicide exists under the Convention, including in the form of providing information about or assistance that goes beyond providing general information about suicide”[6] and that European states “are far from having reached a consensus on this issue”.[7] The ECHR also reiterated its jurisprudence that Article 2 of the Convention “creates for the authorities a duty to protect vulnerable persons, even against actions by which they endanger their own lives”.[8]

This ruling of the European Court is important because it contributes to the protection of the lives of vulnerable persons. In its previous judgments,[9] the ECHR was moving towards the creation of a right to assisted suicide, assuming, among other things, that “States have a positive obligation to adopt measures to facilitate the act of suicide with dignity”.[10]  This was based on “an individual’s right to decide by what means and at what point his or her life will end, provided he or she is capable of freely reaching a decision on this question and acting in consequence”.[11] The Court left out these principles. The fear of a slippery slope towards a right to assisted suicide thus seems to have given way to a salutary reversal of jurisprudence.

The analysis of the evolution of the Court's jurisprudence before this judgment can be read in detail in the study by Grégor Puppinck and Claire de La Hougue, “The right to assisted suicide in the case law of the European Court of Human Rights”, published in The International Journal of Human Rights in 2014.

This judgment was also a setback for the euthanasia activists who had supported Mr. Lings. These activists are influential in Denmark, as evidenced by the notoriety of Jonas Christoffersen, the applicant's lawyer. Between 2009 and 2020, he was the director of the Institut for Menneskerettigheder, an institution financed by the Danish State and in charge of protecting human rights. He is known and cited in the European Court for his writings on human rights.[12] For his first case at the Court as a lawyer, Mr. Christoffersen chose to defend assisted suicide, by poisoning and suffocation, and it is excellent news that his arguments were not heard by the Court.

It is not illegal under Danish law to encourage suicide in general. Thus was Svend Lings able to legally publish his guide on "Appropriate medication for suicide". It is, however, illegal to encourage or assist specific people to commit suicide. Therefore Mr. Lings was convicted and is still in prison. Lings was convicted and that is what the ECHR ruling is about. Thus, in its 2019 judgment, the Danish Supreme Court considered that “the specific advice offered by [the applicant] to [a suicidal person] was suited to a greater extent than the general guide to intensifying her desire to commit suicide.”[13]. Even though one of these two acts is legal and the other illegal, the Danish Supreme Court recognizes that there is only a difference in degree between them.

Under French law, the publication of Mr. Lings' guide would have been illegal. Whether the provocation to suicide is addressed to the general public or to specific persons, it constitutes an offence, according to the French Penal Code (articles 223-13 and 223-14). Indeed, since these two acts are of the same nature and have a common objective and similar potential effects, it is difficult to justify not applying the same penal treatment to them. In both cases, the right to life is at stake, which implies a positive obligation for the States to protect vulnerable persons from suicide. Encouraging the poisoning or suffocation of people, as it is morally wrong, should be legally punishable.

[1] See here his interview in a Danish newspaper. (free translation)

[5] See, by way of comparison, the case decided by the European Commission of Human Rights, R. v. the United Kingdom, No. 10083/82, 4 July 1983, § 17: the Commission had admitted the existence of interference, without envisaging any doubt about it.