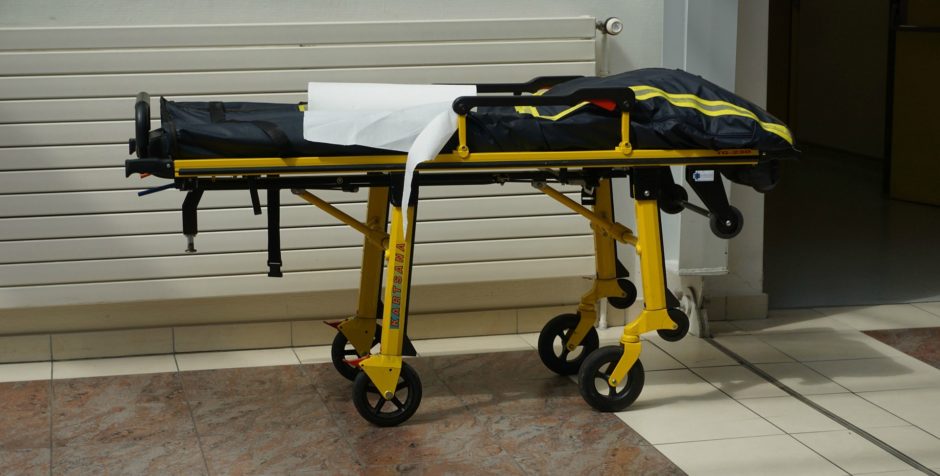 Euthanasia: The ECHR condemns Belgium while validating its legal framework

On October 4th 2022, The European Court of Human Rights (ECHR) made public its judgment in the Mortier versus Belgium case, so named after a man contesting the euthanasia that was carried out, without his knowledge, on his depressed mother. While the ECHR has dealt with assisted suicide several times, this is the first time it has ruled on euthanasia.

This decision is important because it establishes the new principle that “the right to life (…) cannot be interpreted as prohibiting in itself the conditional decriminalization of euthanasia." (§ 138). This point was not obvious, because article 2 of the European Convention protecting the right to life provides that "Death may not be inflicted on anyone intentionally", which is precisely what constitutes euthanasia... Thus, according to the Court, euthanasia in itself does not violate human rights.

Yet it was very clear to those who drafted the European Convention that euthanasia is an infringement of the right to life. René Cassin, one of the "fathers" of the Universal Declaration of Human Rights, signed a declaration by the Academy of Moral and Political Sciences rejecting formally ‘all methods intended to cause the death of subjects esteemed monstrous, malformed, deficient or incurable’, considering that ‘euthanasia and, in general, all the methods which have the effect of provoking, out of compassion, in the dying, a "gentle and tranquil" death, must also be rejected’, otherwise doctors would be able to grant themselves ‘a sort of sovereignty over life and death’ (November 14, 1949).

In fact, over the past ten years, the European Court has recognized first the "choice", followed by the "right" to assisted suicide, which it defines as the "right of an individual to decide in what way and at what moment his life must end, provided he is able to freely form his will in this regard and act accordingly" (Haas and Koch cases of 2011 and 2012). The Court then integrated assisted suicide into the scope of the Convention by considering that this practice falls within the scope of private life and autonomy, which are guaranteed in Article 8 of the Convention.

These cases involved the refusal of the Swiss and German authorities to supply poisons to suicidal people. The Court ruled in 2012 that even if the European Convention does not oblige the legalisation of assisted suicide, it obliges "domestic courts to examine the merits of the request [for poison]" of suicidal people and to justify, on a case-by-case basis, any decisions to refuse this provision, even when these come directly from criminal law (Koch v. Germany, § 72). This is a classic means of imposing a new right by the peripheral route of procedural obligations.

In these cases, the Court had circumvented the prohibition of Article 2 by placing itself firmly on the ground of Article 8, shifting from the objective right to life (Art. 2) to a new, subjective right to “quality of life” which should now be protected (art. 8). The Court thus stated on several occasions: "Without in any way denying the principle of the sanctity of life protected by the Convention, the Court considers that it is from the angle of Article 8 that the notion of the quality of life takes on its full meaning” (Pretty, Koch and Gross cases). This opened the way to assisted suicide. The justification for this right to "quality of life", and therefore to death, is drawn from the observation that "many people fear that they will be forced to stay alive until a very advanced age or in a state of serious physical or mental deterioration at odds with the acute perception they have of themselves and of their personal identity” (Pretty cases of 2002, Koch of 2012, and Gross of 2013). In other words, physical or mental decay would be a form of unworthiness. This is precisely what the Court recognizes in its last judgment, when it states: "The decriminalization of euthanasia aims (...) to give a person the free choice to avoid what would, in his view, constitute , an unworthy and painful end of life. However, human dignity and freedom are the very essence of the Convention”, it adds (§ 137). The Court thus validated euthanasia, while completely omitting the fact that this practice, unlike suicide, implies that death be intentionally inflicted by a third party: this is a flaw in its reasoning that has been clearly identified and denounced by Judge Serghides in his remarkable dissenting opinion.

One of the main lessons of these judgments is that respect for human life is no longer the supreme value of human rights: it has been dethroned by the values of freedom or individual autonomy. This point is not completely new since it already formed the basis of the acceptance of abortion (§ 132).

Another lesson is the transformation of the understanding of dignity on which these judgments are based. The Universal Declaration founded human rights on “the inherent dignity of all members of the human family”, that is to say on the objective and absolute dignity of human nature. This dignity is independent of a person's sex, race or state of health: no one can be unworthy. Conversely, the right to voluntary death is based on a subjective and relative conception of dignity, according to which everyone is the judge of their own dignity and can, therefore, consider death preferable to life. Respect for dignity then rests on the individual will, and this human dignity would be all the more honored if the individual were able, by his will, to overcome his physical or mental decline by deciding to die. Dignity would ultimately be preserved through voluntary death. Nietzsche, thinking also in this way, declared in The Twilight of the Idols that "the right to life must lead to profound contempt on the part of society" because it supports the "obstinacy" of the patient "to vegetate in a cowardly manner" whilst "freely chosen death" would allow one "to die proudly when it is no longer possible to live proudly". By substituting for inherent dignity a reflexive dignity measured by individual feeling, the Court radically modifies the ontological basis of the Convention, which therefore shifts from universal to individual.

A paradox then appears: why reserve euthanasia for sick people when the basis of the right to voluntary death is not so much illness as self-determination? Why should one be ill to be able to commit suicide, when the individual has a firm will? Moreover, why reserve euthanasia for the sick when very often they no longer have all their capacities for discernment, their autonomy? In a depressed person, are not suicidal thoughts more a symptom of the disease than an expression of individual autonomy? It is clear that basing euthanasia on the will and on reflexive dignity necessarily leads to the broadening of the grounds for access to this practice beyond cases of serious pathologies - as has been observed elsewhere in Belgium and the Netherlands, where euthanasia is increasingly used to manage the "life fatigue" of isolated elderly people.

Finally, the ECHR has limited its role, as well as that of the national authorities, to the “duty to protect vulnerable persons even against actions by which they threaten their own life” (§ 146). It is then a question, in practice, of instituting a procedure, a “legislative framework relating to the acts prior to euthanasia” making it possible “to ensure that the decision of an individual to end his life was taken freely and knowingly. (§ 153). Once again, it is no longer life that is protected, but the integrity of the will. And that is just a matter of procedure.

In the Mortier case, the Court expressed its satisfaction with the procedure laid down by Belgian law, even though the conditions for access to euthanasia are very broad there, and the control of compliance with these conditions is carried out only a posteriori, after the the person’s death and on the basis of any voluntary declaration by the doctor who caused it... In fact, between 2002 and 2016, only one file out of the 14,573 declared cases of euthanasia was scrutinized by the judicial system.

This “framework” suits the Court. Shockingly, it finds only one point to condemn that is specific to this case: the fact that Dr. Wim Distelmans, having euthanized Mr. Mortier's mother, also co-chaired the commission in charge of monitoring euthanasia a posteriori, including the euthanasia that he himself had performed.

The mere condemnation by the ECHR of Dr. Distelmans' conflict of interest has successfully diverted the attention of hasty commentators, who interpret this case as a "condemnation of Belgium". In reality, however, the most important thing in this judgment is that the Belgian legal framework for euthanasia has been validated: it can now serve as a model with the timely blessing of the ECHR, which can in turn prove once again its sense of political expediency.