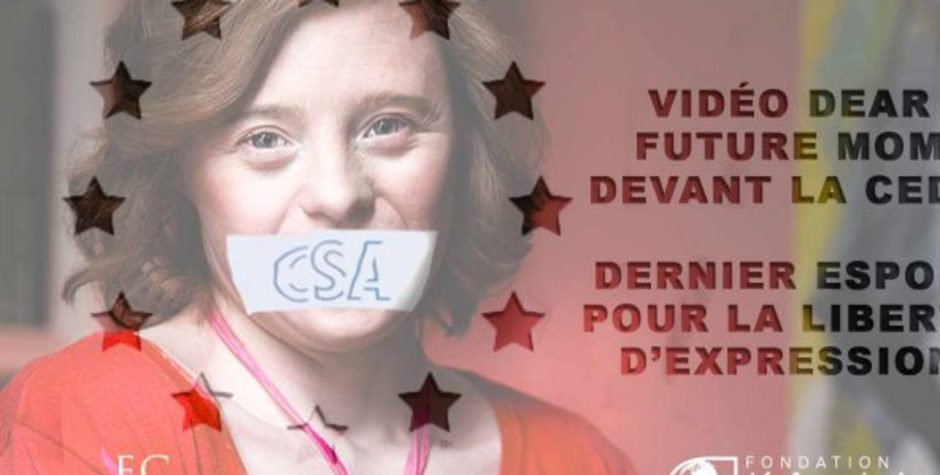 ECHR Recourse: Last Hope for Freedom of Expression of People with Down Syndrome

The Jérôme Lejeune Foundation, assisted by the ECLJ, has just filed an application with the European Court of Human Rights (ECHR) against the decision of the Council of State (French Conseil d'État) which approved the censorship of the clip "Dear Future Mom"* by the Conseil Supérieur de l'Audiovisuel (CSA, the French administrative authority for television).

Broadcast on World Down Syndrome Day in 2014, the video Dear Future Mom addresses a strong and comforting message to pregnant women who are expecting a Down syndrome child and are worried about their possible future. In the video, trisomic children expressed, in moving terms, their capacity for happiness, their abilities, and their love for their parents. This expression was not considered to be of "general interest" by the CSA, which censored its broadcasting in France.

The application, filed on 9 May, is based on the infringement of freedom of expression guaranteed by Article 10 of the European Convention on Human Rights. By forbidding the video to appear on television, the CSA went against commitments France made to integrate the weakest of its members. To people with Down syndrome, it has meant that their visibility, their very existence, pose a problem to society.

In addition to the infringement on their freedom of expression, these children have also been manifestly discriminated against because of their genomes. Such discrimination is condemned by Article 14 of the European Convention on Human Rights.

Censorship and discrimination of people with Down syndrome: a French exception?

Freedom of expression and respect for the most vulnerable constitute a golden rule for the European institutions. There is no doubt that the European Court of Human Rights should question this sad "French exception" and quash the censorship of the expression of happiness in France.