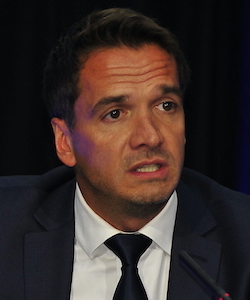 PhD in Law, lecturer at the Institut Catholique d’Études Supérieures de Vendée (ICES). He is a Lawyer and used to be registered at the Paris Bar. He is currently a Special Advisor to the European Parliament and a Research Fellow at the ECLJ.
He is the author, in particular, of: La Démocratie à l’épreuve de l’intégration européenne (LGDJ, 2014) and Droit de la gouvernance de l’Union européenne » (with A. Pécheul, IS éditions, 2018).