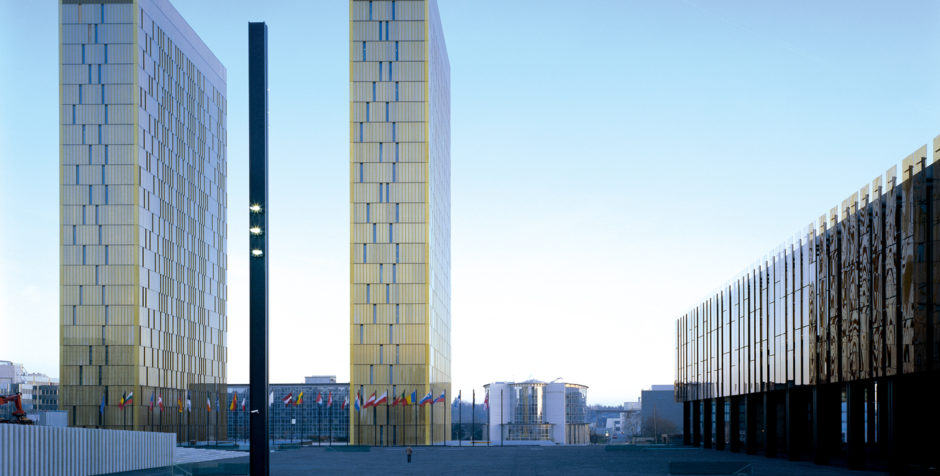 Photo credit: Court of Justice of the European Union

On 5 June 2018, the Grand Chamber of the Court of Justice of the European Union (CJEU) rendered its judgment in the case Relu Adrian Coman and Others v. Romania (C-673/16), dealing with the interpretation of the concept of “spouse” within the meaning of Directive 2004/38/EC of the European Parliament and of the Council of 29 April 2004 on the right of citizens of the Union and their family members to move and reside freely within the territory of the Member States.

In this case, Mr Coman, a Romanian national, and Mr Hamilton, a US national, cohabited for four years in the United States before marrying in Brussels in 2010. In December 2012, on the basis of Directive 2004/38, they asked the Romanian authorities to grant Mr Hamilton a permanent right of residence so that the couple could reside permanently in Romania. This was refused, notably on the ground that he could not be classified in Romania as the “spouse” of an EU citizen, once that Member State bans same-sex marriage and does not recognise such unions contracted abroad (Civil Code, Art. 277). Mr Coman and Mr Hamilton then challenged this decision before the Romanian courts. Hearing a plea of unconstitutionality raised in the context of that case, the Romanian Constitutional Court asked the CJEU whether Mr Hamilton must be granted a right of permanent residence in Romania under the Directive 2004/38. It is a question of whether this directive, permitting the spouse of an EU citizen who has exercised freedom of movement to join his or her spouse in the Member State where the latter resides, applies to the national of a non-EU country who is of the same sex as the EU citizen with whom he or she is married.

In its Opinion whose presentation was reported in January 2018, Advocate General Melchior Wathelet argued that within the meaning of this Directive, the concept of “spouse” is indifferent as to the sex of the persons concerned and thus includes spouses of the opposite sex, but also spouses of the same sex. He deduced that, although Member States are free to authorise or not marriage between persons of the same sex, they may not impede the freedom of residence of an EU citizen by refusing to grant his or her spouse of the same sex, a national of a non-EU country, a right of permanent residence in their territory.

If the Advocate General’s Opinion is not binding on the Court, it is often followed by judges. And we unsurprisingly find that it is what they did in this case, ruling that “the term ‘spouse’ within the meaning of Directive 2004/38 is gender-neutral and may therefore cover the same-sex spouse of the Union citizen concerned” (§35) and that “a Member State cannot rely on its national law as justification for refusing to recognise in its territory, for the sole purpose of granting a derived right of residence to a third-country national, a marriage concluded by that national with a Union citizen of the same sex in another Member State in accordance with the law of that state” (§36).

To reach such a solution, the Court first points out that the competence of the Member States for establishing the rules on marriage is not affected, once they remain free to allow “marriage” for persons of the same sex or not (§37). Indeed, for the Court, in a case such as the present one, the obligation for a Member State to recognise a same-sex “marriage” legally contracted in another Member State “does not undermine the institution of marriage in the first Member State” because it “does not require [it] to provide, in its national law, for the institution of marriage between persons of the same sex. It is confined to the obligation to recognise such marriages” (§45).

Judges also state that refusing to recognise in such case the marriage of the third-country national to a Union citizen of the same sex may interfere with the exercise of the right of the latter to move and reside freely within the EU territory guaranteed by Article 21.1 of the Treaty on the Functioning of the European Union, once he “may be denied the possibility of returning to the Member State of which he is a national together with his spouse” (§40).

However, the Court admits that a restriction on this right, when independent of the nationality, may be justified by objective public-interest considerations (§41). Some Governments, including Latvia, which submitted observation to the Court emphasized “grounds of public policy and national identity”, including “the fundamental nature of the institution of marriage and the intention of a number of Member States to maintain a conception of that institution as a union between a man and a woman, which is protected in some Member States by laws having constitutional status” (§42). But the Court dismisses these arguments by pithily noting that “the European Union is required (…) to respect the national identity of the Member States, inherent in their fundamental structures, both political and constitutional” (§43), that the obligation to recognise the marriage of persons of the same sex contracted in another Member State “does not undermine the national identity or pose a threat to the public policy of the Member State concerned” (§46) and that public policy “must be interpreted strictly, with the result that its scope cannot be determined unilaterally by each Member State without any control by the EU institutions” (§44).

Judges finally relies on the caselaw of the European Court of Human Rights (ECHR) to argue that restricting the exercise of freedom of movement may be justified only if it is consistent with the Charter of Fundamental Rights of the European Union which guarantees the fundamental right to respect for private and family life (Article 7), just as the European Convention on Human Rights (Article 8). Yet, according to the CJEU, this condition does not seem to be met, once for the ECHR (Vallianatos and Others v. Greece, [GC] no 29381/09 and 32684/09, 7 November 2013 and Orlandi and Others v. Italy, no 26431/12, 14 December 2017), “the relationship of a homosexual couple may fall within the notion of ‘private life’ and that of ‘family life’ in the same way as the relationship of a heterosexual couple in the same situation” (§47-50).

The impact of the solution given by the Court in this case does not restrict to this sole context, as announced by the General Advocate in its Opinion: it “necessarily [affects] not only the very identity of the men and women concerned, and therefore their dignity, but also the personal and social concept that citizens of the Union have of marriage, which may vary from one person to another and from one Member State to another”.

Indeed, by admitting that the term “spouse” covers the same-sex spouse within the meaning of the contentious Directive, the CJEU changes the definition of marriage as being indifferent as to the sex of the persons concerned. It is a noticeable evolution in its case-law which ruled that “according to the definition generally accepted by the Member States, the term marriage means a union between persons of the opposite sex” (D and Sweden v. Council, C‑122/99 P and C‑125/99 P, 31 May 2001, §34).

Besides, if for the Court this obligation is limited to the field of the exercise of freedom of movement, which is the fundamental principle put forward in this case, the same reasoning could apply to other areas of European law, in order to acquire other rights arising out of marriage. The LGBT lobby can thus be expected to step into the breach this opened up in order to colonize other of these rights. As jurisprudence evolves, Member States are “muzzled” by the European jurisdictions which require them not to directly legalise same-sex “marriage” but, right after right, to grant homosexual couples having no access to marriage or any other form of recognition in the concerned State more and more effects of marriage.

Although Member States remain free to allow “marriage” for persons of the same sex or not, it is on the pretext of enforcing the Union law that the CJEU, whatever it states, bypasses the national legislators’ voice and therefore democratic expression, as well as national traditions and identity which strongly mark the field at stake whose competence belongs to States according to the Union law. On this basis, it is worth noting that this judgment concerning Romania is delivered as this country is working on the constitutionalising of the definition of family as being founded on marriage between a man and a woman, following a citizen’s initiative supported by 3 million Romanian nationals who signed it. Denouncing in this context a manipulation attempt to force the general recognition of same-sex marriages on the Romanian territory, Romanian Senator and former Minister of Foreign Affairs Titus Corlățean thus declares that “More than ever, it is appropriate and necessary to hold a national referendum in Romania for the revision of the Constitution in order to consecrate the protection the Romanian State grants the family established on the basis of marriage between a man and a woman”.[1]