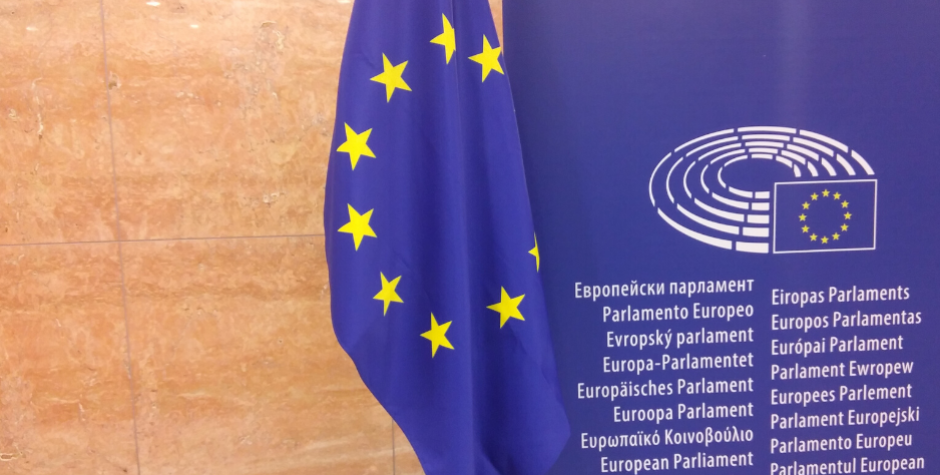 This opinion was originally published in French on the FigaroVox.

As the 2020 “Conference on the Future of Europe” is taking shape in Brussels, lawyer Christophe Beaudouin proposes a third institutional way to appease the democratic division of the European Union.

The never-ending saga of the Brexit must not obscure the fact that it is a climax, and not an end point of the multiple fractures that crack the Europe of Maastricht: between Western and Eastern nations, between big and small countries, between the North and the South of the eurozone, between unconditional supporters of Washington and supporters of balanced foreign policies. Faced with disillusionment, are we doomed to see the fight of those who have no European project and the supporters of a false utopian Europe, always “on the move”[1] but that does not go anywhere? The time has come for the heads of States to clear the air, to show that the message sent through several referendums over the last twenty years has been received: to ordain a pause in the reform of the treaties, to assign to the Union two or three great objectives of civilization, and democratically take back in hand its functioning. In this respect, they should begin by giving back to the local Constitutions their superiority over European law and recognize a right of veto of each State to the Council, by giving the implementation of these two principles a popular base.

True Europe will always be a community of nations, united around a civilizational heritage and treasuring their singularities. Nothing else. Following the German example of the Karlsruhe Court, each democracy should therefore be able, in accordance with the Treaties, to defend its own model - social, political, societal, cultural, ethical...- its constitutional identity and its sovereignty against supranational incursions. But if its Constitution is no longer superior to the European treaties, it is only a paper barrier. In Declaration No. 17 annexed to the Treaty of Lisbon, our countries have endorsed entirely a famous and controversial European jurisprudence, which allows a simple directive or a judgment to override our Constitutions. States wishing to do so could withdraw their signatures from this curious text and state in their Constitution that the latter takes precedence over the law of the Union in all its elements. Above all, the national judge must no longer be left alone in conflicts of this kind. “In France, the Supreme Court is the people!” said de Gaulle: these conflicts should therefore be decided in the last resort by referendum.

The right of veto to the Council exists, in itself, theoretically since the Luxembourg Compromise, snatched by France in 1966, putting an end to the “empty chair crisis” which had violently opposed General de Gaulle to the projects of Walter Hallstein, then Head of the Commission.

Now fallen into disuse, it could be reformulated as follows. The country that invokes the veto in the Council would come before the European Parliament to explain how its vital interests are threatened by a proposal from the Commission, and the latter would explain how it serves the general European interest. During the procedure, the text could be modified or removed. The debate would end with a vote. If the opposing government loses the vote, it would remain free either to finally accept the proposal, or to confirm its refusal to the Council, after consulting its national parliament or its people by referendum. Its decision would not be binding on other Member States who would remain free to continue. The right of veto thus conceived is a right of non-participation.

This proposal was defended, against all odds, by Jean Monnet’s former chief of staff, Georges Berthoin, in an opinion column entitled “Europe cannot see the wood for the trees”. Still today, the trees are the binding rules that the Union is trying to multiply. The wood, the heart of the problem is the trust in institutions that may fade into the hearts of peoples. The former right-hand man of Jean Monnet agreeing with Philippe de Villiers and Philippe Séguin: what a surprise! Unless you understand that a federalist (for "United States of Europe") will always be closer to a confederate (for a Europe of nations), than to a functionalist (for a technocratic-mercantile Europe). The first two seek, albeit very differently, the sovereignty of politics in Europe. The third is aimed at the pure and simple evacuation of politics, in the name of the sovereignty of flows, the new cybernetic age, cured of politics, achieving peace through the market and unlimited rights, and reconfiguring power and right in their image. It is what Pierre Legendre calls: “the great managing machine, scientific and user-friendly, the ultra-modern idea of ​​automaton power”.

This democratic veto would force the Commission to adjust its initiatives to the preferences of the peoples by favoring legislative shuttles with national parliaments, facilitating the reception of European law in our countries and offering voluntary States the freedom to clear the way for new areas of cooperation: migration and co-development, economic patriotism, sea, digital, cultural sovereignty, etc. In the long run, either the reluctant country would understand that it was wrong and join the others, or experience would show that it was right and Europe would be happy not to have put all its eggs in the same basket. How many crises could also have been anticipated –the mad cow disease, the migrants, the euro, the Bolkestein directive, Turkey, the glyphosate, etc.- if a real contradictory European debate, publicly revealing the issues and the preferences of public opinions, had always been held upstream, and if everyone had had the right to refuse the planned decision?

As soon as the powers and means of intervention of the Union are de facto limited, this right of refusal should be extended to the entirety of this “multilevel governance”, uncontrollable and influenced by all kinds of clouts, including the thousands of non-legislative acts and soft law whose volume has exploded.

A solemn declaration of the European Council would suffice for the formalization of this proposal, and could be enhanced by an interparliamentary agreement associating the national parliaments (Article 9 of Protocol 1 still unused).

Such constitutional primacy and democratic veto would offer the Union a salutary flexibility, and European democracy a real breath of fresh air. For example, they would allow the United Kingdom to reform its immigration policy in order to hear the concern expressed in the 2016 referendum, in consultation with other Europeans. A legal Brexit to settle the issue of the political Brexit? In any case, it would get us out of the “all-or-none” impasse and might save Europe from disaffection and dislocation.

[1] Name of the political party of French President Macron.